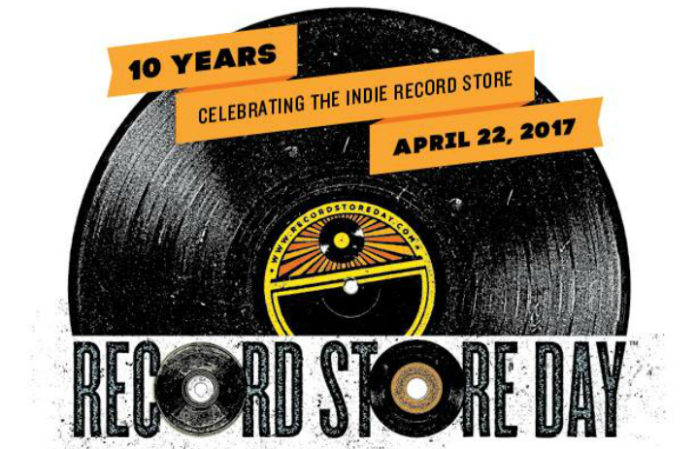 This Saturday, April 22, marks the 10th Anniversary of Record Store Day, and in honor of the special celebration, Record Store Day released the email from Chris Brown at independent record store Bull Moose to show where it all began.

“I'm just thinking as I type, but it could be a national event that drives people to indie stores,” Brown explains. “We would need all coalitions—not just the ones we usually work with, plus all the unaffiliated indies.”

Check out the full email below!

Record Store Day is dedicated to record culture, record lovers, record makers and the amazing record stores that make it all possible. And it's great for the record stores, too. According to Forbes, U.S. independent record retailers taking part in this year's event could expect their vinyl sales to leap by as much as 321%, they report based on Nielsen Music statistics.

They continue by saying that vinyl sales at smaller shops have increased by an average of 186% on all Record Store Days since its start.

Record Store Day has had a long list of artist ambassadors such as Chuck D., Iggy Pop, Dave Grohl, Jack White and, this year's delegate, St. Vincent, to help spread the word.

This year’s exclusive releases include titles from Gerard Way, Against Me!, All Time Low, Avenged Sevenfold, Thrice, the Dillinger Escape Plan and more. Check out a few picks we are most excited for here!

Check out the email that started Record Store Day below:

Now, on to Indie Record Store Day.  It needs a different name, of course.  I'm just thinking as I type, but it could be a national event that drives people to indie stores. We would need all coalitions–not just the ones we usually work with, plus all the unaffiliated indies.

It might be good to do it in our slow period- Feb or March.  I don't know if we would want to give away free CDs or what.  We would need some nice licensed pieces–maybe something along the lines of the upcoming Guided By Voices rarities box.

There is a huge press angle here too.  Indies rule.  We haven't gone anywhere.  We are better than ever and we are more important than ever before.

In-stores in every market.  In Denver, both Indie and Twist get somebody good.

Video, print and online testimonials from artists would run in every market to promote the event.

Try to include movie stars and game developers.

I'm going to close because I haven't eaten lunch yet.

What title are you most excited to try to get your hands on this Record Store Day? Let us know in the comments below!