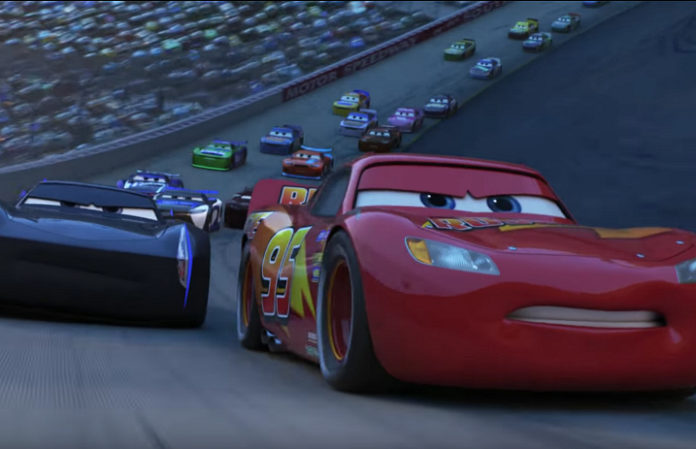 After debuting a teaser trailer during the Kids' Choice Awards, Cars 3 has an official full-length trailer, and we couldn’t be more excited for the series’ latest installment.

The newest film in the series proves that even cars get self-conscious of their age and ability—especially when there is a new racer who’s currently ranking at the top of the leader board.

The video description is as follows: Blindsided by a new generation of blazing-fast racers, the legendary Lightning McQueen (voice of Owen Wilson) is suddenly pushed out of the sport he loves. To get back in the game, he will need the help of an eager young race technician, Cruz Ramirez (voice of Cristela Alonzo), with her own plan to win, plus inspiration from the late Fabulous Hudson Hornet and a few unexpected turns. Proving that #95 isn't through yet will test the heart of a champion on Piston Cup Racing's biggest stage!

According to IMDB, the voice cast features Owen Wilson as Lightning McQueen, Armie Hammer as Jackson Storm, Larry The Cable Guy as Mater, Bonnie Hunt as Sally Carrera, and Nathan Fillion as Sterling.

The film hits theaters June 16. How excited are you to see Cars 3? Let us know in the comments below!