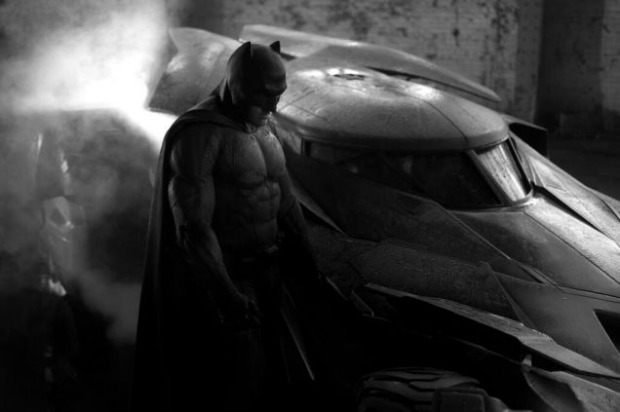 Director Zack Snyder has released two new images from the upcoming Man Of Steel sequel, Batman Vs. Superman (working title). Yesterday, he posted a picture of the new Batmobile (which will never be as cool as the Tumbler); today, he posted the first shot of actor Ben Affleck as Batman in the new batsuit (which has veins and really flat ears). Check out the images below, and let us know what you think.

Henry Cavill will play Superman in the upcoming film, with Gal Gadot set as Wonder Woman and Jesse Eisenberg playing the role of Lex Luthor. Warner Bros. Pictures will release the film on May 6, 2016.