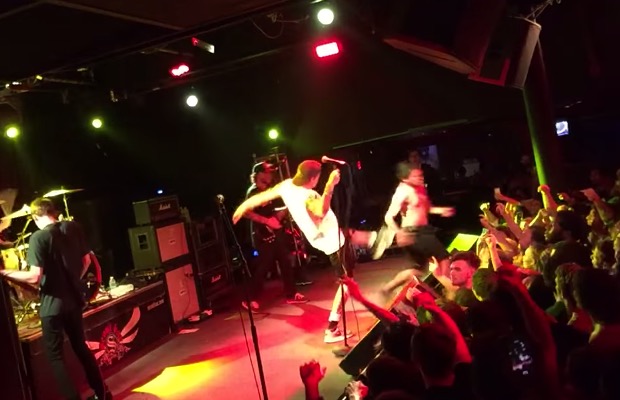 It looks like the Story So Far frontman Parker Cannon isn't a fan of stage selfies. During their June 2 show in Houston, Texas, the singer kicked an attendee that was attempting to snap a quick picture of himself and the band during their song “All Wrong.” You can watch a video of the incident below.

So, with the debate ignited yet again, what are your thoughts on the stage selfie? Is it a self-centered act? Or just a harmless aspect of evolving show culture?

Video: This is what happens when you take a stage selfie at an Every Time I Die show