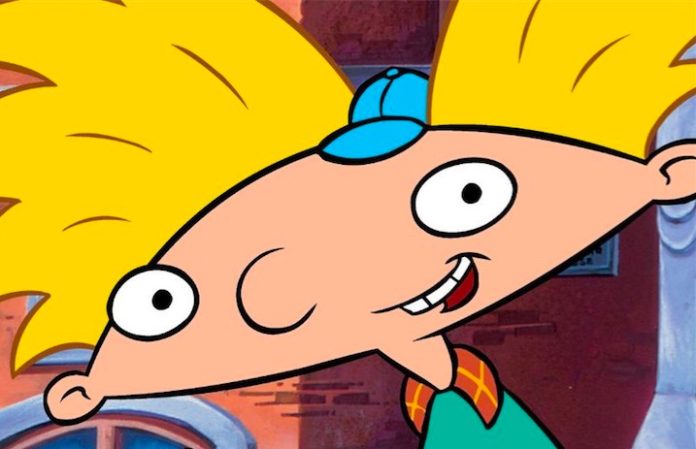 If I was to ask you where you thought Hey Arnold! took place, you'd probably guess New York, right? It turns out that the show doesn't actually takes place in New York City and creator Craig Bartlett revealed this shocking information decades ago.

Check out just where Hey Arnold! took place below!

1998 was a good year. Alt Press had covers featuring Nine Inch Nails, Deftones and Rancid, plus Mulan had come out. 1998 was also the year that a tiny Hey Arnold! fansite called “The Unofficial Hey Arnold! Site” (couldn't have come up with a better name myself) interviewed Hey Arnold! creator Craig Bartlett.

At first, the interview starts off pretty light as they ask about Arnold and Helga, along with asking just how Gerald manages to get hair to stand up like that. Bartlett reveals “He just combs it up. His hair has lots of body.”

But things start to get real when this unknown reporter asks Barlett, “Is the city in which the show takes place meant to be in the Pacific Northwest?” To which Barlett replies, “Yep. I try not to be specific, since it's an amalgam of large northern cities I have loved, including Seattle (my hometown), Portland (where I went to art school) and Brooklyn (the bridge, the brownstones, the subway). It's a fictitious, unnamed city.”

That fictitious unnamed city was later named Hillwood, but we still can't get over the fact that Hey Arnold! doesn't take place in New York City. Like, was it just us? Was this some huge conspiracy that everyone was in on but us? Please let us know in the comments.

In that same interview, Barlett also revealed just how Arnold got his football head.

“I created Arnold when I first moved to LA, ten years ago. I was still doing clay animation on glass (the Penny cartoons from PeeWee's Playhouse) so I designed him out of clay. I cut out the football shape from a big sheet of clay, set the eyes wide apart, gave him the huge hair and tiny hat, and that was that.”

At the end of the day, all this is doing is making us sad that Hey Arnold! ended in 2004, but let's not forget that we have a new Hey Arnold! movie on the way. In the meantime, let's all jam out to one of the best cartoon theme songs ever.