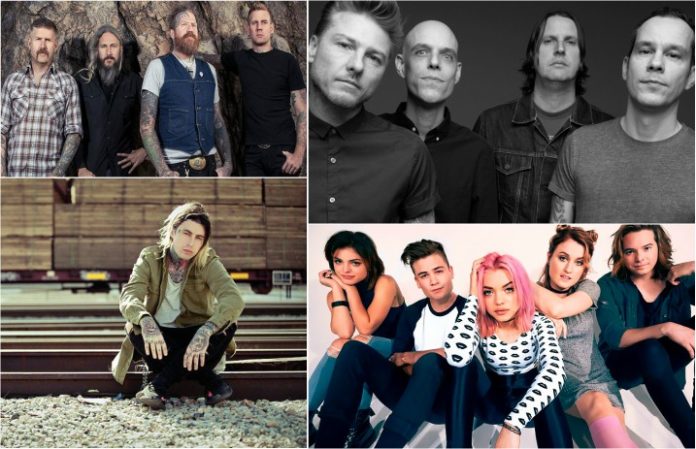 We can hardly handle the excitement today. Hey Violet gifted us a stripped down version of their new single, Rise Records signs Racquet Club, and Bleachers release their tracklist.

Check out all of the news you may have missed below.

Read more: Envy On The Coast sign to Equal Vision Records and other news you might have missed today

Hey Violet release stripped down version of “Break My Heart”

The video for the original version of the song was released last week.

The band is composed of guitarist/vocalist Blair Shehan (The Jealous Sound, Knapsack), guitarist Sergie Loobkoff (Samiam, Knapsack), drummer Bob Penn (The Jealous Sound) and bassist Ian Smith. The band has released the song “Blood On The Moon” off their debut album, which will be released later this year. My hope was that the sound of this band would be familiar but show significant growth as well,” Shehan explains. “Everyone in this band contributes ideas and for this record we really tried to break some of our habitual writing patterns and let the best ideas win.”

Jack Antonoff used New Jersey motels to share new Bleachers songs for the band's upcoming album Gone Now. The album drops June 2. Bleachers will be headed out on tour starting April 24 in NY and wrapping up June 30 in MO.

3. hate that you know me

9. i miss those days

“Bigger and better, man. The vocal mountain is huge and we’re continuing to ascend.” pic.twitter.com/jhBBbTHqeN

The band has released the tenth installment of videos that give fans a BTS peek at the recording process of their new album Emperor Of Sand, which is out now.