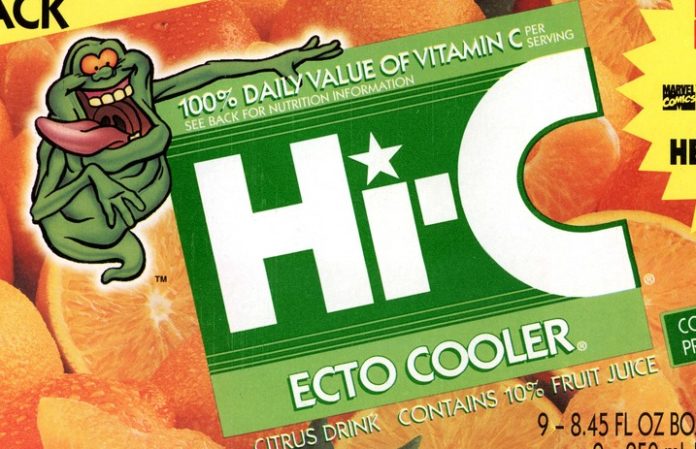 In advance of the upcoming Ghostbusters film, Coca Cola has renewed the trademark on the classic Hi-C flavor, the Ecto Cooler.

Back in 1987, the company rolled out the unique flavor in promotion of the first Ghostbusters movie and subsequent cartoon series. Ecto Coolers were on the shelves for ten years before they were renamed “Shoutin' Orange Green” in 2001.

It wasn't until 2007 that the drink was finally completely removed from the market – until now! Will you be picking up the Ecto Cooler? Let us know in the comments.

THIS IS NOT A DRILL. ECTO COOLER'S TRADEMARK HAS BEEN RENEWED!!!!!!!!! pic.twitter.com/cgEWKeC7jY

If my generation has done one thing right, it's keeping alive things that were awesome when we were 8 years old. #EctoCooler

But what about SURGE?!