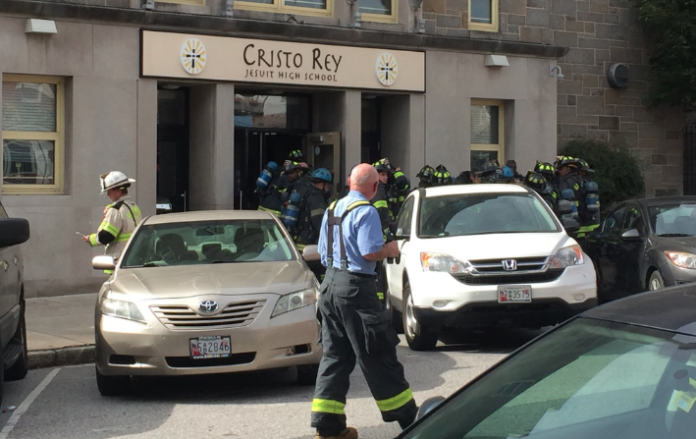 On Thursday, Cristo Rey Jesuit High School in Baltimore was evacuated after a “strange odor” prompted a call to the Baltimore City Fire Department and hazmat team.

The source? A pumpkin spice air freshener plugged into a classroom.

UPDATE: A spokesman for the Baltimore City Fire Dept has confirmed the source of the odor was a pumpkin spice air freshener https://t.co/JvYiezuFvJ

But it sounds like it wasn't any small odor—according to the Baltimore Sun, teachers and students were having “difficulty breathing,” and three were sent to the hospital for “ailing stomachs.”

What's the weirdest thing that's ever happened at your high school? Let us know in the comments!