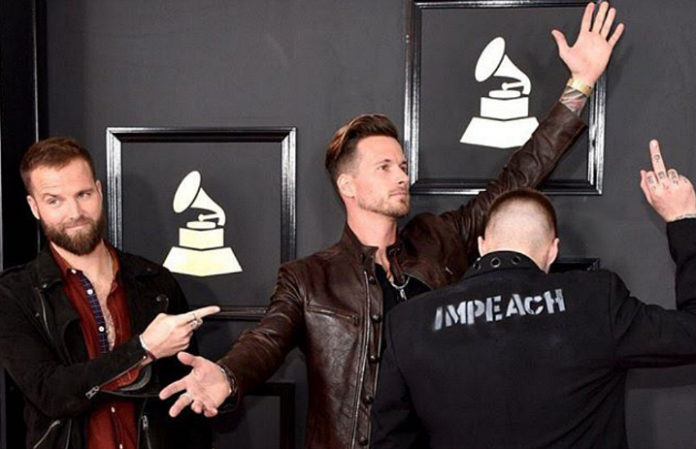 Rock trio Highly Suspect are known for saying what they think, and on the Grammys Red Carpet, it was all about wearing what their political statement.

Check out their powerful statement below.

The band, nominated for Best Rock Song for their track “My Name Is Human,” carried a subtle—but important—message as they took to the red carpet. Frontman Johnny Stevens wore a relatively simple black jacket with the word “impeach” on the back, making it one of the most relevant and significant political statements on the Grammys Red Carpet this year.

APTV correspondent Nick Major caught up with the band on the red carpet, and you can hear them talk more about their Grammy nomination here.

Highly Suspect have had quite the exciting few months. In addition to their Grammy nomination, the group announced a U.S. headlining run, following their recently sold-out 2016 headlining dates in support of their new album, The Boy Who Died Wolf.

See if they’re coming to a city near you below. Tickets are on sale now.

What are your thoughts on Highly Suspect’s red carpet statement? Let us know in the comments below.