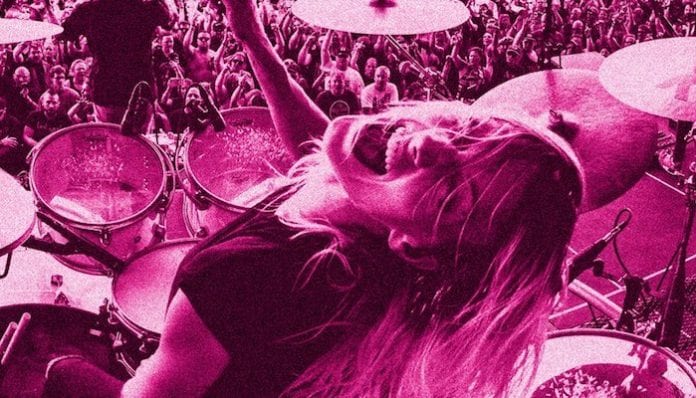 The Hit Like A Girl drumming contest is back and better than ever this year. Now in its eighth year of competition, the international contest gives female drummers and percussionists a platform. In turn, it encourages drumming for girls and women regardless of their age or playing level.

Drum industry veteran and Hit Like A Girl Executive Director David Levine created the contest idea in 2011. Fueled by the belief that female drummers were both underserved and underrepresented, Levine teamed up with Tom Tom Magazine’s Mindy Abovitz and DRUM! magazine’s Andy Doerschuk and Phil Hood. From there, the contest took shape and launched its inaugural year.

Since its first year, the contest has garnered more than 5,000 contestants across the globe in more than 50 different countries. And now, it’s your turn.

As the contest’s name conveys, only those who identify as female are eligible to enter. There’s no age minimum as the contest is broken down into four age groups: under 13, 13-17, 18-39 and over 40.

This is an amateur contest, which means drummers and percussionists who make more than $50,000 per year playing music and have an endorsement contract are ineligible.

To enter, you must submit a three-minute video of yourself drumming. Drum solos, covers and live gigs are all accepted. The video will then be based on three categories: performance, presentation and story.

The performance accounts for the biggest chunk of the evaluation at 60 percent where groove, sound, technique, musicality and interpretation are judged. Presentation accounts for 30 percent as the panel judges production quality and effect. Story sits at 10 percent and includes personality, passion and detail.

In addition to the three-minute video, contestants must also include a brief bio explaining their drumming story and a recent photo behind the drum kit.

Each week, HLAG will choose one “weekly winner” from all the entries to advance. This is one participant in each age division as chosen by the judging panel consisting of Sabian Educators Network members.

The second way to make it to the finals is through public voting, which is held April 12-25. This takes place online for all contestants where people can register and then vote once per video per day. The person with the most votes in each age division will advance.

The third way to advance is as a Wild Card contestant. This unnamed amount of contestants will be chosen based on skills and presentation.

HLAG 2012 winner De’Arcus Curry will also join the panel. The drummer is currently out with Janelle Monae having most recently performed with her at the 61st Grammy Awards and is hitting Coachella next month. First runner-up in 2014 Fer Fuentes will also be on the panel, and her resume includes work with Lauren Jauregui and Becky G.

Nearly 80 of the world's top drummers are contributing their time and expertise as judges for the #hlag2019 contest. These artists represent a wide range of drumming categories and musical genres. In addition to the USA and Canada, Hit Like A Girl 2019 judges represent South America, Mexico, Europe and Asia. For the complete list along with their photos and bios visit https://hitlikeagirlcontest.com/judges/drumset-judges/.⠀ 🌎 🥁 ⠀ #hlag2019 #hlagchina #hlagfrance #hlagmexico #hlagjapan #hitlikeagirlcontest #hitlikeagirl #believe #iAMthedrummer #judges #femaledrummers #aroundtheworld

HLAG will announce up to 25 finalists in each of the drum set category’s age division April 26. The panel will review each entry and choose one winner and two runners-up.

Simultaneously, the celebrity panel will also review up to 10 finalists in each age division of the world, concert, marching and technology categories. Judges will choose a winner and two runners-up in each of these four categories.

The prizes consist of $10,000 in items, scholarships and performance opportunities, which will be awarded to nearly 90 winners across all the categories and divisions. Berklee College Of Music, Drum Corps International, DW drums, DRUM! magazine, Musicians Institute, Sabian, School Of Rock, Sweetwater, Yamaha and many, many more all have contributed to the prize package. More information and a full list of prize opportunities is available here.

The contest is open until April 12. The Hit Like A Girl Awards Show will reveal the winners as well as feature celebrity drummers, judges and hosts. It will air on drumchannel.com May 24 at 6 p.m. PST. You can get information on the Hit Like A Girl contest here.