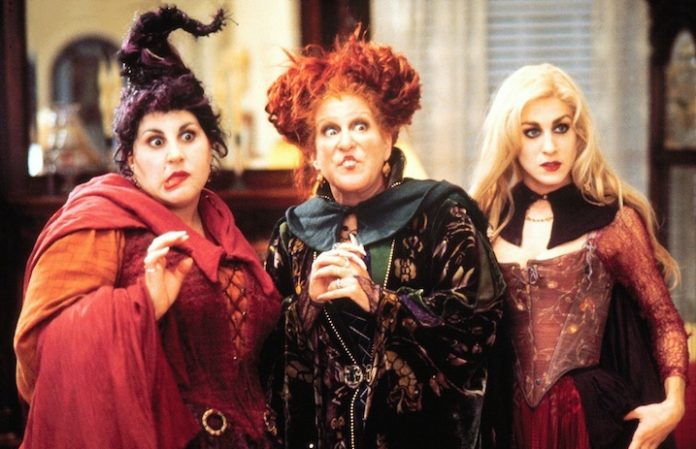 Will Disney's witchy 1993 fantasy flick Hocus Pocus finally get the sequel it deserves? As Halloween approaches, the writer of the original movie is reportedly speaking to the possibility. Is this all just a bunch of hocus pocus?

Like Hocus Pocus star Bette Middler flying higher than an eagle, we're sky-high stoked for a sequel about the slapstick sorcerers. In a new interview with Forbes, Hocus Pocus writer Mick Garris drops some insider knowledge about Disney making headway with a new film. But don't get your knickers in a twist!

“There have been rumors of a Hocus Pocus sequel for the last 10 years that will not die,” Garris says. “I have heard they are developing the script. I haven't been involved in it but I think there will be a sequel. It might be for Disney Channel. … I think it will be for television but I hear that it is moving ahead.”

Garris also talks a bit about Hocus Pocus' enduring appeal, as reported by Cosmopolitan, including the fact that the cult movie still sells out Halloween night showings every year. It's like someone cast a spell or something!

“It's amazing to be a part of something that has become a perennial,” he says. “It was only modestly successful. I wrote the first [film] eight years earlier but it was when it turned out that Bette Midler was interested and wanted to do it—she was at a very high time in her career—that it got put on the fast track and it started happening again. Now, it has become an annual thing at the El Capitan [Theatre] on Hollywood Boulevard and the show is sold out.”

We hope this Hocus Pocus sequel happens sooner than later. We don't have 300 years to wait for a virgin to light a candle.