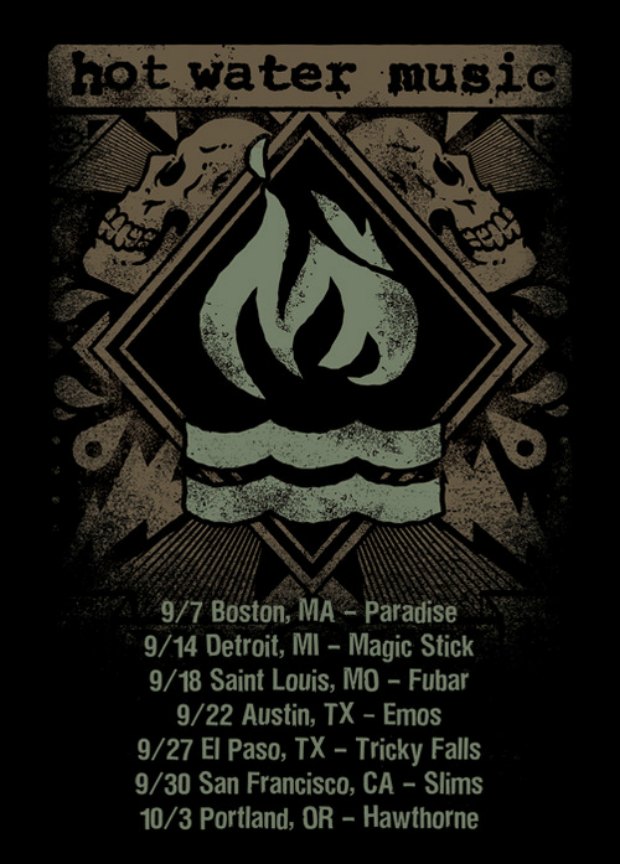 In addition to their already-announced September and October tour dates with Rise Against and the Gaslight Anthem and Chicago's Riot Fest, Hot Water Music have announced headlining dates in Boston, Detroit, St Louis, Austin, El Paso, San Francisco and Portland.

The added dates are as follows: