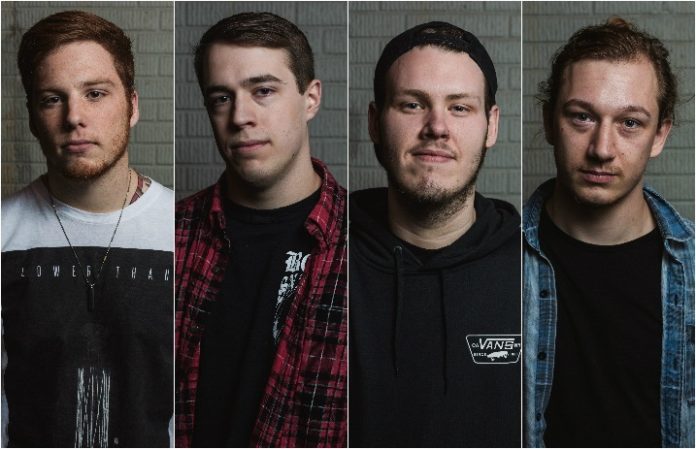 Atlanta, Georgia's Hounds are premiering a new music video for their standalone single, “No Love Lost.” It's a smack down in its own right, but finds the band playing with pained melodies in between. We caught wind of the metalcore quartet late last year, when their debut EP featured a killer guest spot from Kublai Khan's Matt Honeycutt, no stranger to the pit himself.

Hounds will enter the studio in June for their debut LP, which will be engineered and mixed by Ryan Harvey (Kublai Khan, Barrier, Villians) and produced by Hunter Young (Culture Killer).

“The meaning of love is elusive, and I believe that's why it's written about so much. But it's also important to acknowledge the loss of love, and the feelings of desperation, solitude, and regret, as well as the overwhelming sense of freedom you can get from accepting reality. This isn't just a song about a girl, it's a song about learning to accept oneself, and love oneself, regardless of flaws, or past mistakes,” explains frontman Cody Roberson.”A huge thanks to Patrick Snyder for engineering and producing the release, as well as Angle Media for producing the video.”

The band are set to support the Word Alive and Fit For A King at the Masquerade in Atlanta, GA on March 14, 2016. Dates for an April tour with After Me The Flood and Of Virtue are to be announced.