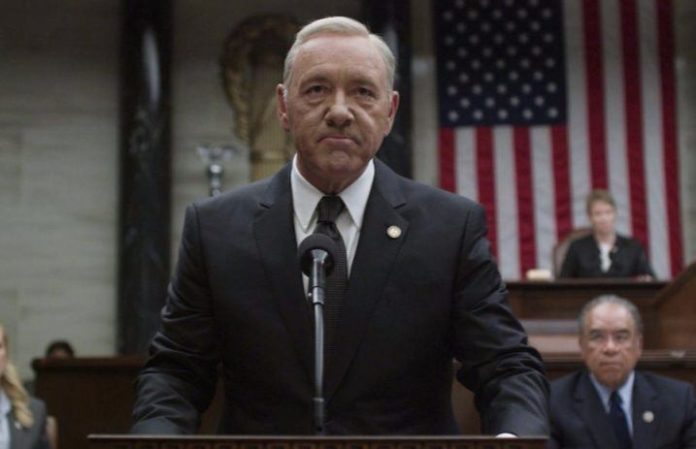 Eight people who currently work on the House Of Cards set, or who have worked on it in the past, have told CNN that Kevin Spacey made the set “into a toxic work environment through a pattern of sexual harassment.”

A former production assistant told the news source that Spacey sexually assaulted him during one of the show's early seasons, with all eight people describing Spacey’s behavior as “predatory,” involving “nonconsensual touching and crude comments,” targeting staffers who were typically young and male.

The people making the accusations have chosen to remain anonymous, for fear of professional repercussions.

Following the allegations made against Spacey, Netflix announced that it will be suspending production on the final season of House Of Cards as they “review the current situation with our producing partners at MRC.” They expressed their concern over the allegations against Spacey, coming one day after the series’ lead actor, Kevin Spacey, was accused of sexual misconduct by then teenage actor Anthony Rapp.

“Media Rights Capital and Netflix are deeply troubled by last night’s news concerning Kevin Spacey. In response to last night’s revelations, executives from both of our companies arrived in Baltimore this afternoon to meet with our cast and crew to ensure that they continue to feel safe and supported. As previously scheduled, Kevin Spacey is not working on set at this time.”

Rapp spoke out earlier this week, explaining that Spacey befriended Rapp while they were both on Broadway, “invited Rapp over to his apartment for a party, and, at the end of the night, picked Rapp up, placed him on his bed, and climbed on top of him, making a sexual advance.” At the time, Spacey was 26 and Rapp was 14.

House Of Cards creator Beau Willimon has shown his support for Rapp, applauding his courageous decision to speak out.

Spacey has since shared a statement, saying: “I honestly do not remember the encounter.” He then publicly announced that he chooses “now to live as a gay man,” which has faced much backlash.

Season 6 of House of Cards was originally expected to debut in mid-2018 on Netflix, Deadline reports.