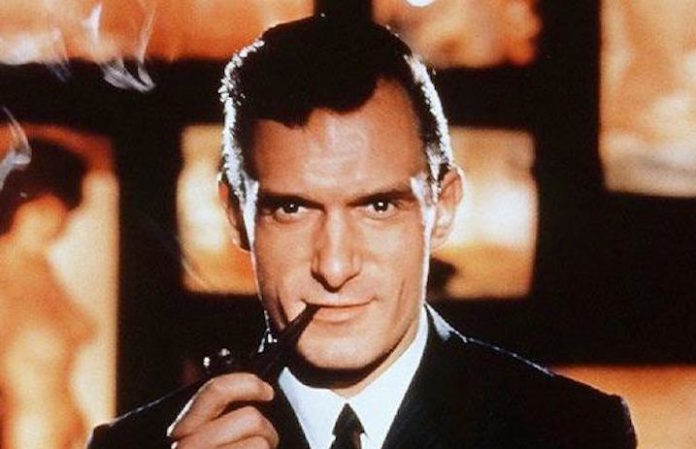 Hugh Hefner, founder of the Playboy empire, has died in his home, the Playboy Mansion, at the age of 91. The news was confirmed by Playboy Enterprises on the evening of Sept. 28.

“Hugh M. Hefner, the American icon who in 1953 introduced the world to Playboy magazine and built the company into one of the most recognizable American global brands in history, peacefully passed away today from natural causes at his home, The Playboy Mansion, surrounded by loved ones. He was 91 years old,” Playboy Enterprises reported.

Playboy magazine made its debut in December 1953, when Hefner published its first issue, which grew into the Playboy empire. From Playboy’s Penthouse and The Girls Next Door to making an appearance in Weezer’s “Beverly Hills” music video, Hefner has been a mainstay in the world of popular culture.

Throughout his time with Playboy, Hefner took a progressive approach not only to sexuality, but also in regards to politics and culture. He published interviews with the likes of Malcolm X and Martin Luther King and fought against Jim Crow laws in the South by integrating Playboy Clubs in Miami and New Orleans.

However, there has been controversy surrounding his life in the Playboy Mansion, with Holly Madison discussing the depression and verbal abuse in her book, Down the Rabbit Hole: Curious Adventures and Cautionary Tales of a Former Playboy Bunny.

Since Hefner's passing, musicians have responded to the Playboy founder's death:

Literally how I met my wife pic.twitter.com/U34vIMK1qd

I stole my 1st playboy magazine when I was probably 11-12 years old… Which prompted me to ask my babysitter “What is a bush?”

Yes, Hugh Hefner died. Everyone you know is gonna die and so will you. You don't even know when… could be tomorrow… could be… now.

Damn dude Hugh Hefner died. But he was old af so good for him

RIP to the legend Hugh Hefner. Thanks for helping me become a man.

literally everyone jacked off to something that existed because of Hugh Hefner. you. You. YOU. lets get #CumTogether trending.

Pretty sure he was the reason I saw my first boob. Thanks for all the memories, Hugh. https://t.co/JSZkQnmLGP

RIP Hugh. Thanks for the boobies.

What a loss. What an inspiration. Thank you for giving me the freedom to explore my sexuality when I was a young man. You truly were the last of the famous international playboys. ������ R.I.P.

Hefner is survived by his wife Crystal, and four children, Christie, David, Marston and Cooper.

Our thoughts are with Hefner’s family at this time.