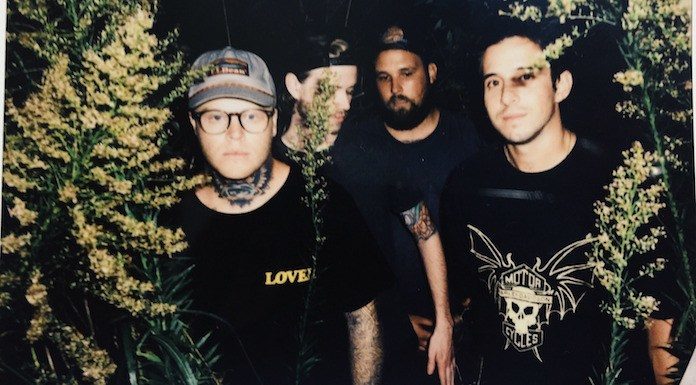 Hundredth vocalist Chadwick Johnson is clarifying some statements he made in a recent interview about the band’s new album, RARE. As previously reported, the musician addressed Hundredth’s seemingly sudden style change on Wednesday over at CLRVYNT. In the interview, Johnson says he’s “been [unhappy] for years” with the band’s earlier hardcore/metalcore sound, but that he “just swallowed it because it’s a paycheck.”

Hundredth have previewed a handful of songs from their upcoming album, RARE—out June 16 on Hopeless Records—all of which display an indie-rock overhaul on the band’s melodic hardcore approach last heard on 2015’s Free.

Apparently responding to the outcry of some fans regarding the change and the frontman’s remarks, Johnson took to the band’s social media on Thursday to explain the context of his comments, saying he sees some “misunderstanding about what [he] meant in the CLRVYNT interview.”

“The truth is we didn’t want to keep doing the same thing over and over. Churn out a ‘safe’ record to keep the train moving and food on the table,” the Hundredth singer explains. “We drained our ‘hardcore’ vein on Free. After it, we felt unfulfilled and boxed in. We had nothing left to give.”

“We’ve never sugarcoated anything and there’s no sense in starting now,” Johnson adds. “We felt we owed it to anyone who knew of our band to explain where we were and where RARE came from. So I was as honest as possible in the … interview about where we were.”

“Like it, love it, hate it, ignore it—I just wanted to be real about it.”