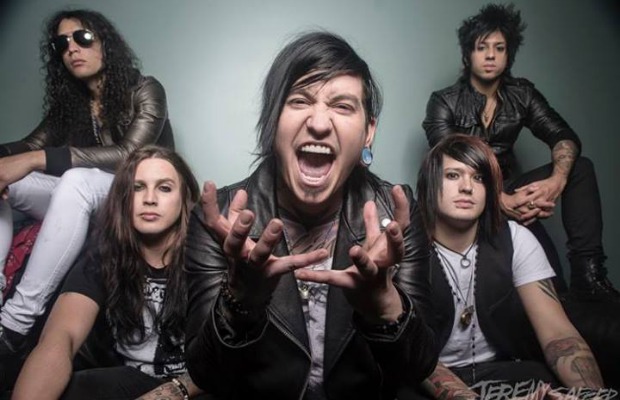 In a move that feels a bit like déjà vu, Escape The Fate bassist Max Green has announced that he will once again be exiting the group, just a handful of months after rejoining.

Green first left the band in early 2012, only to return last fall as a fill in, shortly after we ran three part conversation with Max and his former bandmate (and current Falling In Reverse frontman), Ronnie Radke. Later, in our exclusive Bury The Hatchet Tour announcement video, where Radke and Escape The Fate frontman Craig Mabbitt put aside their differences to unveil a joint tour, Green was confirmed once again to be a full-fledged Escape The Fate member.

Just over six months later, the bassist's feelings have changed, and AP has received an exclusive statement detailing the reasons for his second departure. Check it out, below:

“So it comes with a heavy heart that I have to announce my departure from Escape The Fate. This decision of mine did not come hastily,  it had been something ive fought back amd forth with since my return to the band earlier this year. The guys are great, and they do great at what they do, but for me personally, the vision i had for thia band in the begining is far far from what it is today and I know that times change but I cant help feeling unfulfilled at the end of the day when I lay my head down to sleep. I love, LOVE my fans more than almost anything in this world and I thank them for welcoming me back and this is not me quitting music, I promise youll all be seeing me again. At the end of the day I have to do whats best for my life and my wellbeing.  I want everyone to know that im not on drugs, im doing great and am in a great positive state of mind abiut this decision. ….in the words of a true las vegas native….you got to know when to hold em, and know when to fold em. Thank you, I love you and will be seeing you soon”

No word yet on Max's future plans, though, just two days ago, he addressed his absence from tour on Twitter:

Hey everyone, Ive been getting asked about why I havent been on tour. Ive been home taking care of a family issue. Everything is fine

Escape The Fate have not yet commented on the matter, but we will keep you updated as soon as they do.