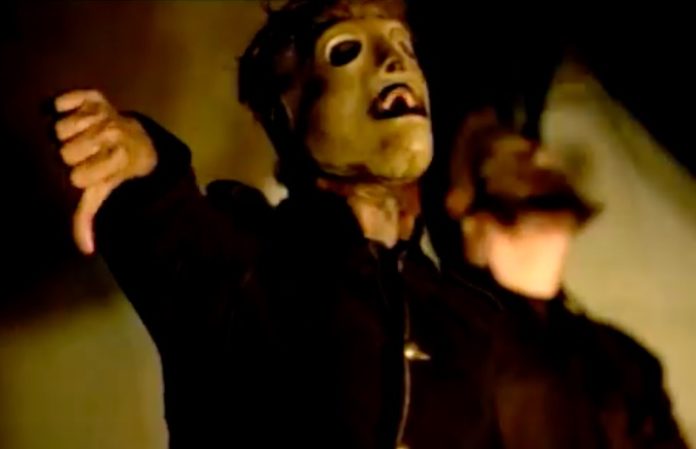 According to a new article by Blabbermouth, Slipknot’s Corey Taylor isn’t too fond of the Grammy Awards. Taylor has revealed his distress with the awards on multiple occasions, calling it a “popularity contest,” saying “old people vote,” and stating “you can take those statuettes all day long; I don't care. It's cool to win, but I'm not gonna fucking die if we don't win a Grammy, you know.”

To Finland’s Radio Rock Show, Taylor mentioned that if it were really about the music and not just a popularity contest, more metal bands would be nominated for “Album Of The Year” and other related categories. He adds that real reflection is performing live, not “this tiny statue” that’s going to “sit on a goddamned shelf and collect dust.” Here’s what he had to say in full when asked about what winning a Grammy means to him:

“Shit. I'm totally honest. I know a lot of people who, they put a lot of stock in it, but I keep telling 'em… I mean, we've been nominated now, like… God knows how many times. It's been over ten times. We won once… Cool. It's a popularity contest; that's all it is. If it weren't, if it were just about the music, you would see more metal bands — not including us — nominated in other categories, like 'Album Of The Year' [and] all of these different categories, and you just don't. So it's all a goddamn popularity contest, and I don't have fucking time for that shit, to be honest.”

“It's, like, everybody, they live and breathe by whether or not they're gonna get this tiny statue, and it's, like, why? So it can sit on a goddamned shelf and collect dust. To me, the real reflection of where you're at is [performing live], and that's all it is. Walking on that stage and seeing a massive audience lose their minds — that's what it's all about. You can take those statuettes all day long; I don't care. It's cool to win, but I'm not gonna fucking die if we don't win a Grammy, you know.”

Also, in 2014, on the Nerdist podcast, Taylor discussed how “old people vote” and the categories are too restricting. Here’s what he had to say then:

“Old people vote [on those awards]. I'm convinced that's the reason we won, is because an old person went, ‘Slipknot! I read a magazine article about them. They've been around. Here you go. Take it. The kids are gonna be real happy.' 'Cause you look at it, and you're, like, fuckin' Judas Priest won one for a live version of a song they released 40 years ago, and the live version was released 20 years before that. And they only re-released it because of a box set. And they gave it to them? I'm, like, 'Fucking what?'”

“It doesn't mean anything. I mean, that's like trying to hit a fucking needle with another needle. You have one metal category, you have one basic rock category, and you've got bands like FUN winning it. And I'm, like, 'Really? Show me on the doll where FUN is a rock band.'”