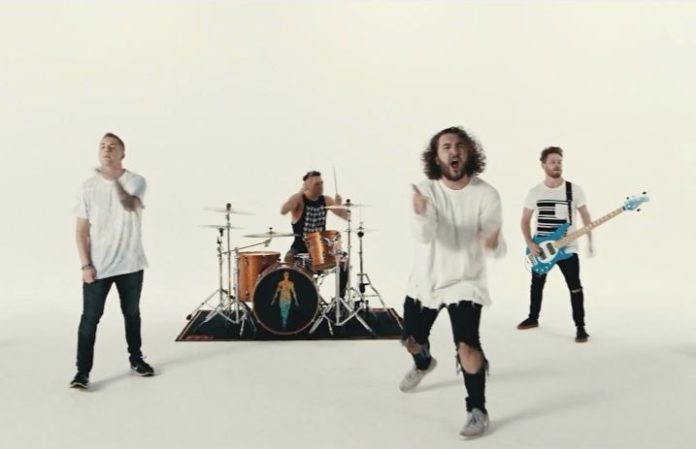 I Prevail have debuted a, er, gory music video for “Already Dead,” starring Tenacious D’s Kyle Gass. It’s a wild video that features a vengeful internet troll and, well, you need to watch the video to see what happens.

Read more: I Prevail asked for a shot from onstage, and they got one—watch

“Already Dead” is taken off the band’s 2016 album Lifelines, and the video is a dream come true for the band.

“We wanted to make a video for “Already Dead” because it gets a great reaction live and is so much fun to play,” lead-guitarist Steve Menoian explains. “When Kyle Gass agreed to collaborate with us, it became a bucket list dream come true.”

Watch the video for “Already Dead” below:

The band are currently wrapping up the last few dates of their North American Rage On The Stage tour, which kicked off in early September. Following the tour, the band will start 2018 working on their second full-length followup to their debut album Lifelines.

Check out the remaining dates below!

What do you think of I Prevail's new video? Sound off in the comments below!