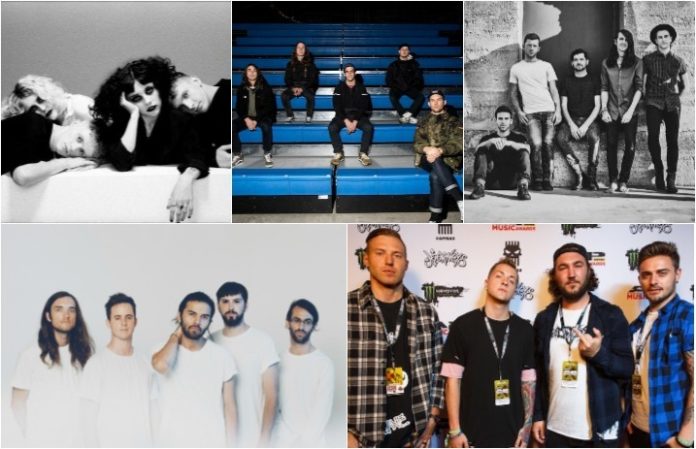 Watch new music videos from I Prevail and Mayday Parade—plus, don’t miss news from Pale Waves and Trash Boat. Check out the news you might have missed today below!

Read more: BrokeNCYDE return to remind us the world is still a terrible place

1.  I Prevail debuted a music video for “Rise”

The song is off I Prevail’s 2016 album, Lifelines. The band were recently spotted in the studio with Travis Barker, which could mean a new album is in the works.

The band will be on the road in Europe in July and August. Check out the dates below!

3. Mayday Parade shared a lyric video for their new single, “Never Sure”

The track’s off the band’s upcoming album, Sunnyland, out June 15.

The band also announced they are performing at Lollapalooza and Outside Lands Festival this summer.

The song is off Knuckle Puck’s 2017 album, Shapeshifter.

6. Pressure Cracks shared their debut single, “Be A Wolf”

The band’s fronted by the Fever 333 singer Jason Aalon Butler.

We are so excited to be coming to the UK for the first time in October for a headlining tour with support from our friend @_fieldmedic. Tickets are on sale on Wednesday at 10am here: https://t.co/67gRQyJ9lV pic.twitter.com/uS3fBKiGL3

You can get tickets here.

The band also announced their new album Crown Shyness will be out July 20.;