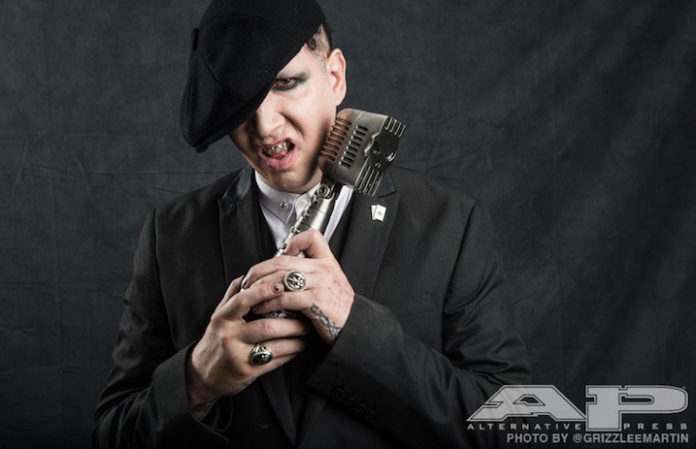 While he expressed his deep appreciation for the Icon Award he received at the Alternative Press Music Awards last month, Marilyn Manson's relationship with the press hasn't always been warm.

“Once I got arrested for putting a gun in the mouth of the editor of Spin and I hid out at the Trump Tower,” Manson told us during an exclusive interview in the PRS Guitars backstage lounge, where he also revealed the title and release date for his new album.

He was referring to a 1998 incident in which he allegedly threatened Spin's then-Executive Editor. A statement on Manson's website at the time read in part, “I had a conversation with Craig Marks expressing I was tired of Spin's immature business behavior and the series of deals they had broken with me.” A lawsuit filed by Marks was eventually settled out of court.

“This is the only time I’ve ever gotten an award that I can be really happy about, so far,” Manson said at the APMAs. “Alternative Press has a stamp of legitimacy and that’s why it’s a genuine award and I appreciate it. You guys have integrity and that comes from someone who was a journalist.”

After asking for a Sharpie to write the title on his hand, Manson said his tenth studio album (the followup to the incredibly well received Pale Emperor) will be called SAY10 and drop on Valentine's Day, 2017.

Watch our entire wild and fun backstage interview with Manson below.