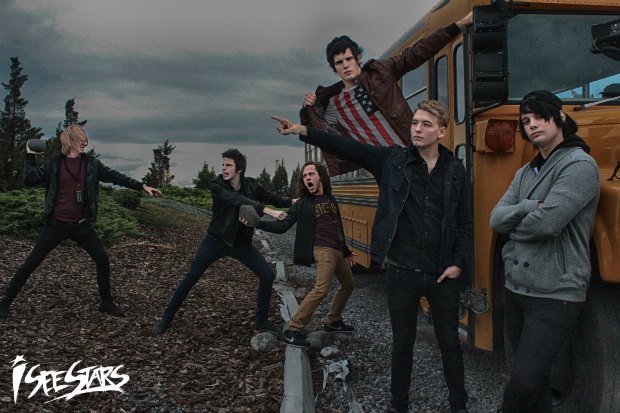 The Monster Outbreak tour has announced that I See Stars have been added to its line-up. The original lineup, which includes headliner Asking Alexandria along with As I Lay Dying, Memphis May Fire and Attila, was slated to also include Suicide Silence, whose frontman Mitch Lucker passed away in a motorcycle accident earlier this month.

“First and foremost I would like to talk about a dear friend of mine who was prematurely taken from us this month. Mitch Lucker was one of the kindest and most passionate people I have ever had the pleasure of calling my friend. My thoughts are not only with his family and friends, but also with the millions of people, worldwide, who Mitch helped to mould and inspire into the people they are today. A great man was lost who's love and passion reached all corners of the globe. As many of you know, Suicide Silence were preparing to join us on our upcoming 'Outbreak' Tour. Due to the devastating circumstances they will no longer be joining us physically. They will however, Mitch included, be with us in spirit. We will go out on this tour with As I Lay Dying, Memphis May Fire & Attila to pay our tributes and respects to Mitch and his brothers in Suicide Silence. A portion of all tickets and official tour t-shirts sold will go to Mitch's daughter for the Kenadee Lucker Education Fund.

“Suicide Silence could never be replaced on our tour as they are the only band in the world who could bring their element, intensity and power to the line-up.  For the sake of giving the fans the best show we can under the circumstances, we have decided to add Sumerian family members I See Stars to the bill, NOT AS A REPLACEMENT BY ANY MEANS, but as another band who's love and passion for music and their fans is as tried and true as ours. Now, more than ever, we need to come together to celebrate our collective love of music and to show compassion & solidarity in our scene. It's time to put aside all petty differences and remember what it is that brings us all together,  the music.  Mitch- from myself and everyone else who will be taking part in this tour, you are forever in our hearts. This one's for you. We love you. Cheers”