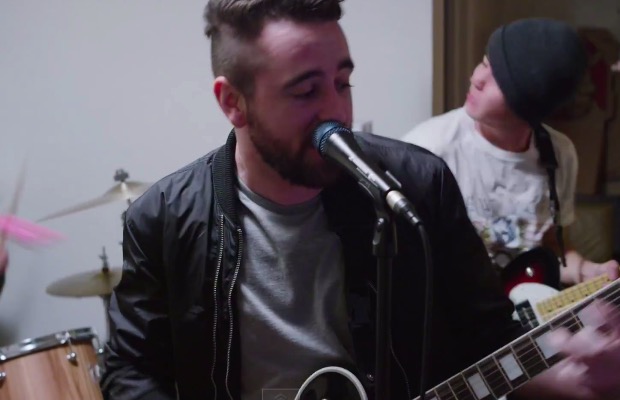 I The Mighty have teamed up with Guitar World for the premiere of their new “The Lying Eyes Of Miss Erray” music video. Check it out below and leave us a comment with your thoughts.

“We teamed up with director Raul Gonzo to create something weird, fun, and loosely based on the lyrical storyline—hoping to capture the feeling of being stuck in a strange dream,” shares frontman Brent Walsh. “Shot in all one take, I’m following this girl from room to room, captivated by her presence but never actually getting to see her face until the very end. It was a lot of fun to make and I almost broke every time I saw the boys acting all dazed and vacant eyed with their food props.”

Review: I The Mighty show off pop sensibilities on Connector

“The Lying Eyes of Miss Erray” is taken from the band's new album, Connector, which is out now on Equal Vision Records.