The track comes ahead of ‘The Silver Scream 2: Welcome To Horrorwood,’ out Oct. 15 via Fearless Records.

Ice Nine Kills have released a Child’s Play-inspired single “Assault & Batteries” from their upcoming album, The Silver Scream 2: Welcome To Horrorwood. The new track was accompanied by a highly cinematic music video that continues to build the universe of Ice Nine Kills.

“Assault & Batteries” is the second single to be released from the album, set for an Oct. 15 release via Fearless Records. The track follows “Hip To Be Scared.” That first single was inspired by the 2000 Bret Easton Ellis cult-classic film, American Psycho, starring Christian Bale. At the end of “Assault & Batteries,” fans get a teaser clip of detectives looking for a killer who murdered his fiancée, who they refer to as “Horrorwood.”

🔋🩸You can’t spell “slaughter” without “laughter”. 🩸🔋View the evidence in question at the following link: https://t.co/eePTkkcwKL #assaultandbatteries pic.twitter.com/JKzeT2bgLU

“It was only one month ago that we painted the walls of Wall Street red with the release of ‘Hip To Be Scared,’” Spencer Charnas says in a press release. “Now, we proudly present ‘Assault & Batteries,’ a brutal ode to an iconic 2-foot-tall demonic doll.”

The new track is also accompanied by a “Nightmare On The Ninth” merch capsule, available here for a limited time. The capsule includes “Chucky Taylor Hi Tops,” a “Bad Guy Blankey” and more. 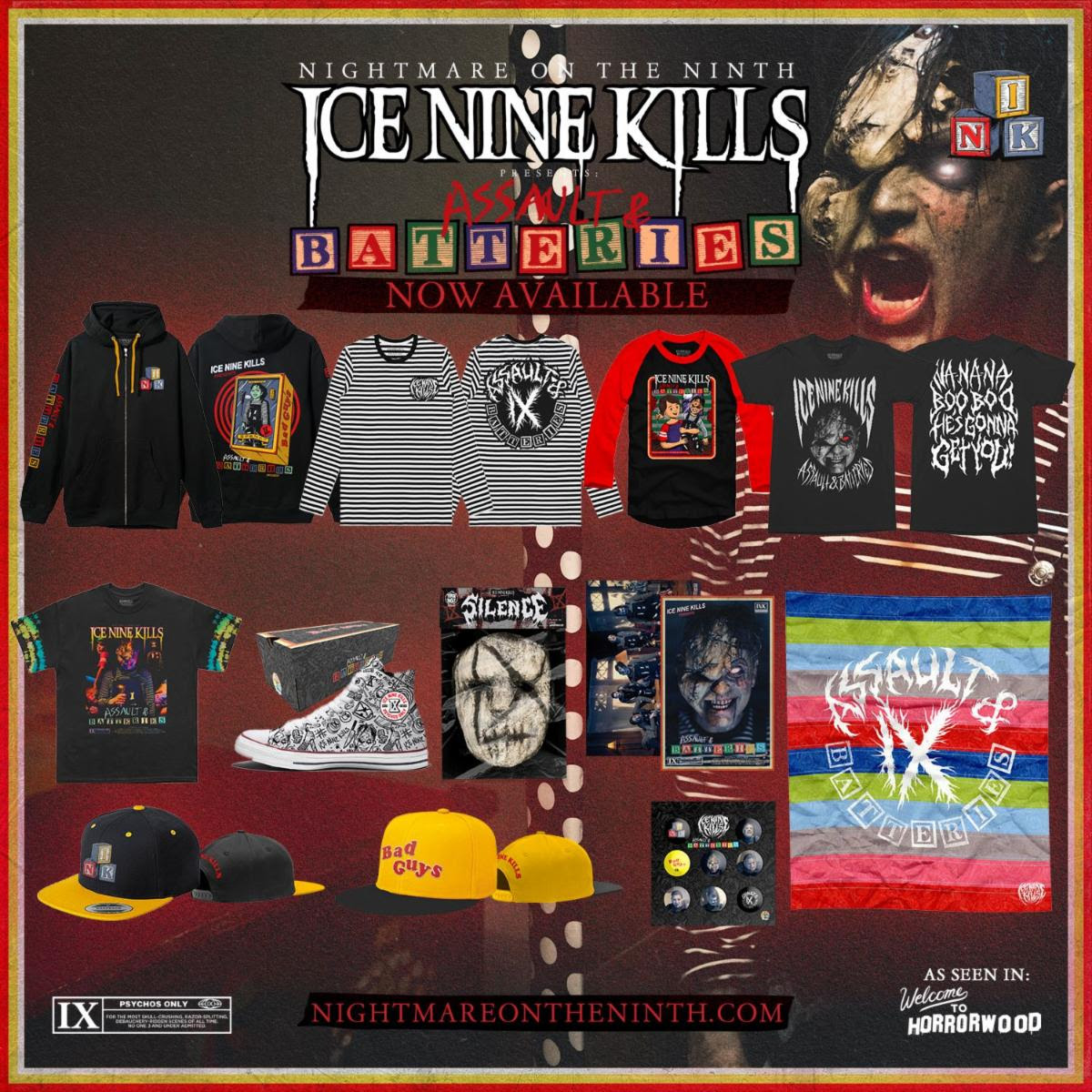 The Silver Scream 2: Welcome To Horrorwood is set to be the sequel to the band’s 2018 album, The Silver Scream. Proving just how seamlessly horror and hard rock go together, the group takes inspiration from some of the most classic horror stories of all time, including A Nightmare On Elm Street, Friday The 13th, Halloween and It. The band even recorded their 2020 Undead & Unplugged: Live From The Overlook Hotel in the location used in Stanley Kubrick’s The Shining.

Charnas explained why the band routinely connect hard-rock and horror themes in a 2020 interview with Alternative Press.

“I think the bridge is really that they’re just naturally subcultures,” he says. “They appeal to both metal and punk. These extreme films that are gory can really test what someone can handle psychologically. It’s just that natural community. These filmmakers who are making this dark, gritty, maybe even tongue-in-cheek thing. They get it. They’re the cool cats. And I think because of that, those subcultures will always be married.

“And to me, heavy music or any kind of music—even like Bernard Herrmann, who did the Psycho score—it’s intense, whether that’s classical-sounding music or orchestral,” Charnas continues. “But it gives you that hard-hitting feeling you can’t deny. And that’s what horror does. I think that maybe in the brain chemistry, those two things are very closely interrelated.”

Check out the music video for “Assault & Batteries” below, and preorder The Silver Scream 2: Welcome To Horrorwood here.

I’ll be watching over you and every move you make
I may be made of plastic, but I’m wide awake
I’ll be right by your side until the day you die
Your friend until the end, I’m your good guy

Hey, Andy! It’s time to play, motherfucker!
Through a child’s eyes, you’ll find it’s hard to refuse
A friendly freckled face, “Oh honey, isn’t he cute?”
But little do they know, little do they see
That playtime is over, it’s a killing spree!
Bitch!

One child holds the truth, but he’s labeled a liar
One doll dismembered them all!
With no assembly required

And once he’s planted his seed, you’ll know your life’s been uprooted
‘Cause safety’s not guaranteed, assault and batteries included
Stitched back together it seems, by the evil bride of his dreams
Heaven help you if you hear him scream: