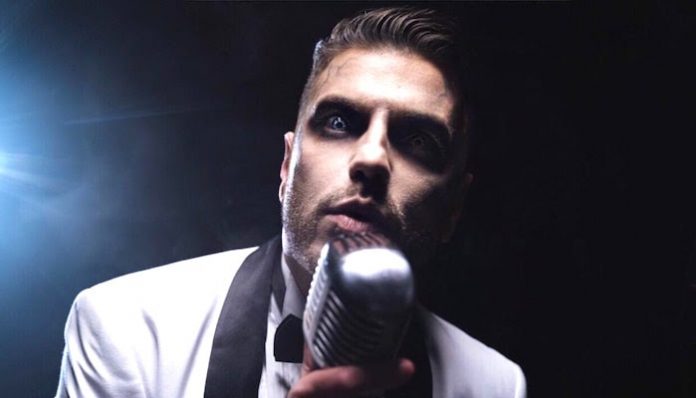 Ice Nine Kills have a special bloody treat for fans just in time for Valentine’s Day.

This week, they unleashed a haunting new video for their cover of Elvis Presley‘s romantic classic “Can’t Help Falling In Love.” Of course, in typical Ice Nine Kills style, the band have given the hit a sinister new twist.

Even though the COVID-19 crisis postponed their touring plans last year, Ice Nine Kills still managed to crank out plenty of new content. Along with putting out their mini-documentary and releasing their live album I Heard They KILL Live, they also unleashed a horror-filled parody of Fountains of Wayne‘s hit “Stacy’s Mom.”

Frontman Spencer Charnas has also been part of some exciting collaborations. Late last year, he teamed up with Hollywood Undead and Papa Roach for the explosive single “Heart Of A Champion.” More recently, Charnas joined forces with Hyro The Hero for his intense new track “Retaliation Generation.”

Now, Ice Nine Kills are back with an exciting new Valentine’s Day treat for fans. This week, they unveiled their blood-soaked video for “Can’t Help Falling In Love,” a cover of the Elvis Presley classic. This time around, however, Ice Nine Kills injected their well-known theatrical horror elements into the song, giving it a sinister new twist.

As a big Elvis Presley fan, this new cover was the ultimate project for Charnas.

“I’ve always been a big Elvis fan,” Charnas says. “So the idea of taking this classic and splattering it with some signature INK bloodshed struck me as a match made in hell.”

The haunting new video keeps viewers on the edge of their seats as Ice Nine Kills endure sinister elements, a knife sligner and, of course, plenty of blood. Ultimately, the new cover completely transforms the romantic classic into a dark and twisted track fans can enjoy all year round.

What are your reactions to Ice Nine Kills’ Elvis Presley cover? What is your favorite part from the “Can’t Help Falling In Love” video? Let us know in the comments below.