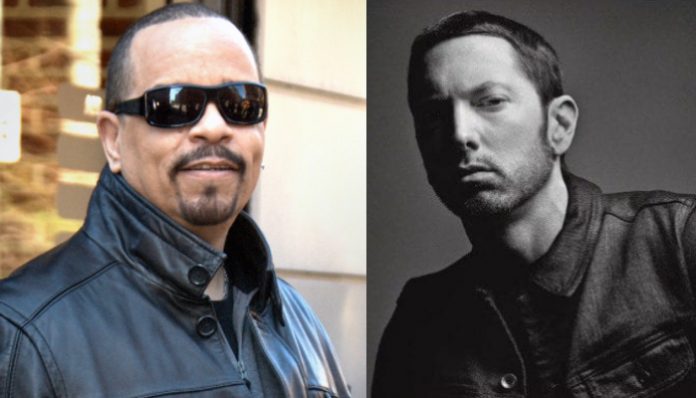 Ice-T is easily the most metal rapper of all time from his work with Body Count to his fandom of heavy acts, but a lot of people forget he also hopped on Warped Tour back in 1999.

That same year, Eminem was also on the tour, as weird as that sounds, and Ice-T recalls meeting him there and watching attendees give him a hard time.

In a new interview with HotNewHipHop, the rapper discussed new music, his role on Law & Order: Special Victims Unit, metal as a whole and most notably, how he first met Eminem.

“I met Em when he was on Warped Tour and the white kids were booing him. The white kids were throwing shit at him. That’s when they used to use the term ‘wigger.’ They didn’t like him because it was a punk rock tour. Now I was out there rapping, they didn’t have a problem with me, or with Black Eyed Peas before Franny. But when he got up there they felt it was ok to be disrespectful. And I watched him weather that storm,” says Ice T.

Ice continues by saying he wanted to understand why Eminem wanted to be on Warped and ultimately learned he was working on building a legacy.

“I asked him back then, I said, ‘what do you want out of this?’ He said, “Well I wanna be around like you and Dre.” Way back then he was concerned with longevity. And he was always a supernatural rapper, he was incredible, but was he going to be able to weather the storm? Now, the white kids love him! But he had to pay his dues. It was funny though, not funny, but he was getting more tension from the white audience than the black audience.”

In case you haven’t seen it, watch Ice-T talk about his experience on Warped Tour in the video below.

What do you think of Ice T saying Eminem had a hard time on Warped Tour? Let us know in the comments below.