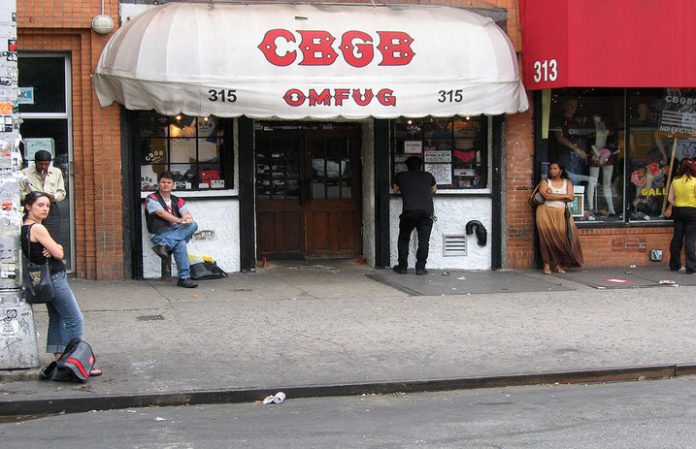 Often referred to as the “birthplace of punk”, legendary New York City club and bar CBGB will be reopening as the least-punk instutition imaginable—an airport restaurant in Newark, New Jersey.

CBGB closed its doors in 2006, after hosting decades of shows featuring iconic bands like the Ramones, Talking Heads and Misfits. Shortly after the death of the owner and founder, Hilly Kristal, the rights to CBGB were assigned to an undisclosed holding company, who are now responsible for these new plans. Gothamist confirms that this new restaurant will feature “American fare in a fun environment recalling the legendary music venue”. CBGB will be trading in its secondary acronym O.M.F.U.G. (Other Music For Uplifting Gormandizers) for L.A.B. (Lounge and Bar), featured on the menu below. The release date has not yet been announced, but rumor has it you'll be able to grub down on some $13 cheeseburgers and commit total cultural sacrilege by the end of this year!

All CBGB (@CBGBOMFUG) #trademarks were assigned to a holding company, which plans to open a CBGB in Newark Airport pic.twitter.com/eQEmmjHmVH