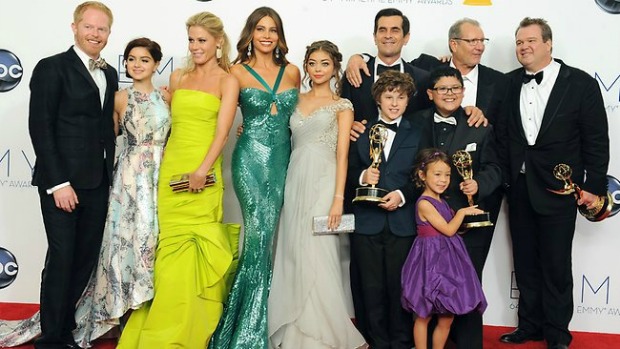 If you happened to miss the 64th Primetime Emmys last night, all you need to know today is, cable television killed it and Homeland dethroned Mad Men of its rule as the leader of dramatic television. HBO and Showtime took home six and four awards, respectively while ABC walked away with five while CBS snagged three. Both Fox and NBC left last night's broadcast empty handed. Has cable television programming finally overcome the behemoth that is broadcast television? We'll save the sweeping generalizations to the other websites. Regardless, it's clear that the risks channels like HBO and Showtime have taken in their programming–look no farther than Game Change, HBO's controversial political drama about Sarah Palin–definitely paid off this year. Speaking of Game Change, its cast and crew earned four awards last night, including Outstanding Miniseries or Movie and Outstanding Lead Actress In A Miniseries Or Movie which went to Julianne Moore for her eerily spot-on portrayal of Sarah Palin. (That accent!)

You can view a full list of this year's nominees and winners here.