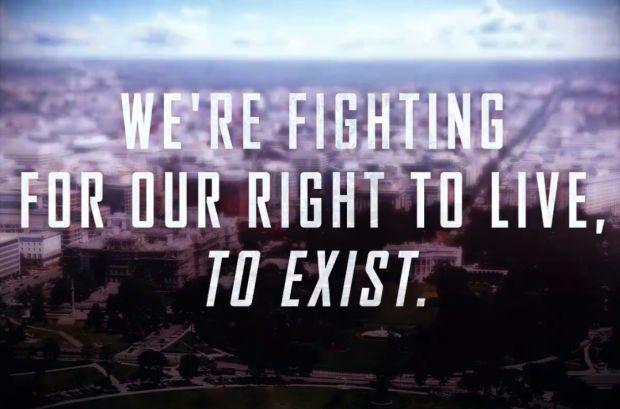 Over the Fourth Of July weekend, Jeff Goldblum shared a brief, 12-second teaser for the upcoming Independence Day sequel, Independence Day: Resurgence, which stars Goldblum alongside Vivica A. Fox, Bill Pullman, Judd Hirsch and Brent Spiner. Unfortunately, Will Smith will not be defeating aliens with his previous co-stars for this latest installment in the sci-fi franchise.

Read more: Brainiac will appear in an upcoming Superman film

The teaser, which Goldblum posted on his Facebook page, features glitchy audio and an ominous message: “We're fighting for our right to live. To exist.” Goldblum's own caption for the video post read, “We thought we wiped them out. The Resurgence is here. ‪#‎IDR‬.”

Independence Day: Resurgence will hit theaters on June 24, 2016, just one week before the original film's 20-year anniversary. You can view the teaser below.