Ink Master star Daniel Silva is expected to be arrested over the death of YouTube content creator Corey La Barrie‘s death from a car crash.

The pair were allegedly involved in a car crash after celebrating La Barrie’s 25th birthday where they were both drinking.

Read More: Underoath are breaking down ‘Ø (Disambiguation)’ with a former member

Police were called to the scene of an accident on Sunday night in Los Angeles after Silva was allegedly driving with La Barrie and crashed into a street sign and tree.

According to TMZ, the pair were in a McLaren sports car but its unclear who owned it. Silva reportedly suffered life threatening injuries from the crash while La Barrie died almost instantly.

The two were transported to a hospital where La Barrie was pronounced dead.

Silva is still receiving treatment and broke his hip but is expected to be charged over his death.

“He was very drunk and got into a car with a drunk driver,” she wrote. “The accident killed him instantly. … It’s just so unfair.”

My heart breaks right now, on my sons 25 birthday today he was very drunk and got into a car with a drunk diver. The accident killed him instantly. No words can describe the sadness I feel in loosening a child. It just feels so unreal and I’m overwhelmed with grief. I love you so much Corey and will miss you so so much. It’s just so unfair

At the moment, it’s still unclear how the crash happened but witnesses at the party say Silva was drinking. It’s suspected they were driving at high speeds at the time the crash took place.

La Barrie’s career as a YouTuber was starting to take off as he sits at over 300,000 subscribers and over a million Instagram followers.

Silva appeared on Ink Master numerous times and also runs a YouTube channel himself with over 200,000 subscribers.

What do you think of Daniel Silva being arrested for Corey La Barrie’s death? Let us know your thoughts in the comments below. 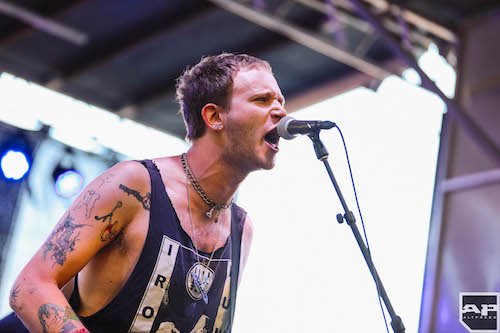