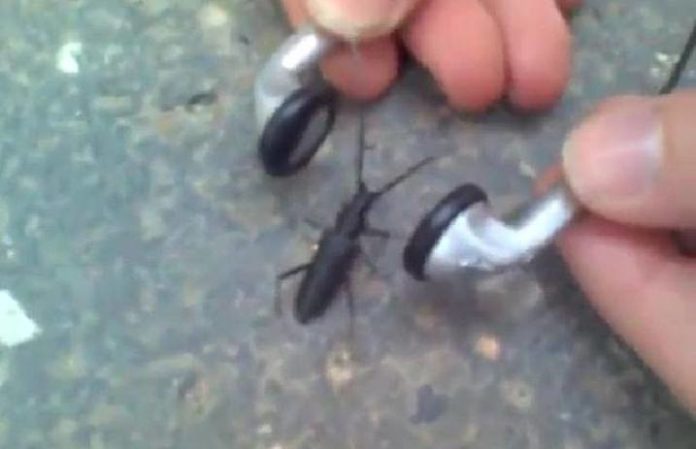 Do insects like death metal? A viral video from Facebook page Guttural Extreme apparently shows that arthropods can get down with the brutal jams. Watch this particular pest literally headbang to some metal music below.

Read more: Watch what happens when two metalheads find each other

As originally reported by Loudwire, some metalheads in Hungary evidently decided to share their love of extreme music with a local bug, offering their earbuds to the ground-dwelling creepy crawler. Check out the clip—and stare in grotesque amazement with us—as this insect seemingly starts to bob his (or her?) head to the music. What is happening here? Is this for real?

As apparent in the video, some of the music therein does appear to be dubbed in after the fact, so who knows what actually went down. This discriminating insect is ostensibly grooving to the savage sounds from the supplied earbuds… but what do you think? Have you ever seen a headbanging bug?

Insects and death metal: What a (weird) combination.

Let us know what you think of this headbangin' bug in the comments.