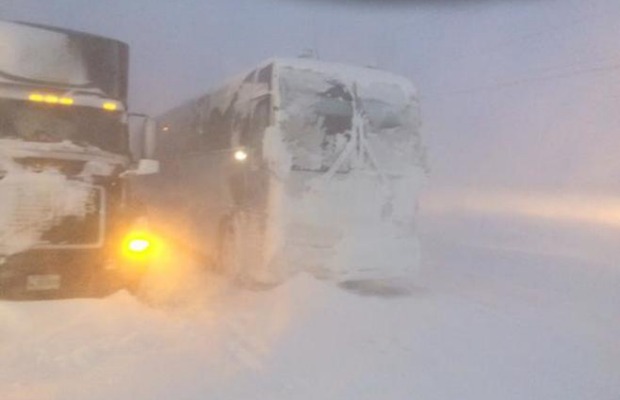 A massive storm hit the Buffalo area on Tuesday, dropping over six feet of snow. Four people died, many were stranded in their homes and tons of schools have closed.

While on tour, Interpol got stuck in the storm on their way to Toronto. After being stranded for more than two days, the band finally started moving again early this morning. They’ve have been tweeting photos of the whole ordeal, which you can check out below.

Unfortunately, we’ll have to cancel tonight’s concert Toronto due to snow… http://t.co/Sdhb7vTnSL pic.twitter.com/EoK9ee0vwl

#interpol #snowed in for the night! pic.twitter.com/DgKd1QXDsT

Hour 13 trapped in the snow. Dry goods and vodka. We will make it. -DK pic.twitter.com/bEQhaUokKi

#interpol settling in for another night by the road! Thanks to Lackawanna FD for looking after us. pic.twitter.com/OsEAiRmau0