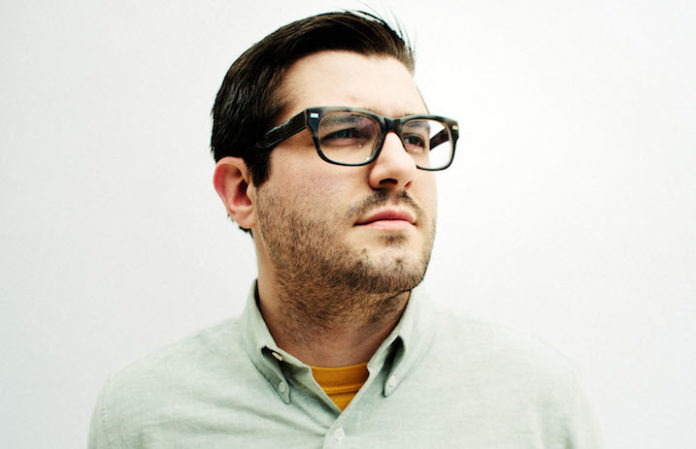 Into It. Over It. and former Hellogoodbye manager Chase Igliori has resigned after being accused of sexual assault.

In a public Facebook post, Hilary J. Corts alleges that Igliori groped her and kissed her without her consent before falling asleep on top of her. “It brings me great anxiety to write this out, but I think it is incredibly important to shed some light on the fact that it is not just rock stars who are guilty of inappropriate behavior, but those behind the scenes as well,” Corts writes.

Following the incident, she said Igliori and his clients “became increasingly difficult,” saying she called Evan Weiss of Into It. Over It., who “brushed off the whole situation as 'not a big deal'” and told her “Chase was 'probably just lonely'” following the breakup with his longtime girlfriend just days prior.

“I found it very hard to continue working in the industry and ultimately quit pursuing any touring jobs,” Corts writes. “It was tough enough facing the everyday sexism that a woman does while traveling city to city with a group of men to venues run primarily by men. It is an exhausting field already without dealing with harassment, assault, and the act of being silenced by people you are working with directly.”

In response, Igliori shared this statement with TrackRecord, explaining that he has resigned from his position at Middle West Management, the firm that represents such artists as Into It. Over It., Bon Iver, Minus The Bear and more. “I have never sexually assaulted anyone, and I have always treated all people in my life with the upmost respect and as equals,” Igliori writes, saying he's leaving effective immediately to “tend to this issue at hand.”

Read Igliori's statement in full below:

First and foremost, I am devastated to hear that my actions have caused such pain and anguish, and to those I’ve hurt by this, I am truly sorry. I have a different recollection of the events that took place, but that doesn’t change the fact that anyone felt the way that they did, and for that I am deeply sorry. I have never sexually assaulted anyone, and I have always treated all people in my life with the upmost respect and as equals.

In regard to the professional allegations, I want to be clear, the reason for Hilary’s termination(s) was completely unrelated to the incident cited and came with no attached shaming or slander. Hilary was employed by my artists for multiple years after the alleged incident and any departures or terminations were based solely on the decisions made by the artists alone for reasons unrelated to me. I have always treated all artists, touring crew, other industry professionals and employees with equal respect. I am absolutely horrified to hear that someone felt otherwise. The music industry, like most, is filled with an alarming amount misogynistic tendencies and a hierarchy that I’ve never supported, and have in fact always prided myself on fighting to tear down.

It is important to note that these allegations were previously unknown to myself, my artists and Middle West, and the incidents cited predate my employment at Middle West. I will now be stepping away as manager to my remaining artists and resigning my position at Middle West immediately to tend to this issue at hand. My artists’ affairs will be maintained by Middle West in the interim.

Middle West has always operated under the core principle that everyone deserves to be treated with fairness and respect. There is absolutely no place in the world for hate, violence, abuse, discrimination, or predatory behavior of any kind. For this reason, it is paramount that by way of association, all Middle West artists and employees be given space and privacy while I continue to work through this matter personally.

I’m open to working together, with mediation; my number one priority is to discuss with those involved what is being felt and to try to help to remedy this for future.

A representative for Middle West has also shared a statement with TrackRecord, saying these allegations were “previously unknown to Middle West and its artists.” Read their statement in full below:

Middle West has always operated under the core principle that everyone deserves to be treated with fairness and respect. There is absolutely no place in the world for hate, violence, abuse, discrimination, or predatory behavior of any kind. For this reason, it is paramount that by way of association, all Middle West artists and employees be given space while Mr. Igliori continues to work through this matter personally.

Into It. Over It.'s Evan Weiss has also shared a statement with TrackRecord. “I deeply regret anything I may have said (or didn’t say) that allowed Hilary to have felt silenced or dismissed,” he writes. “I should have asked more questions. I should have given Hilary the opportunity to be fully heard.”

Read Weiss' statement in full below:

In response to the post by Hilary Corts on November 25th. My deepest apologies to her herein.

Bottom line, this amounts to a failure on my part to navigate and understand a very severe situation that I had completely misunderstood and misread the seriousness of at the time.

Between the years of 2009 and 2015 (and again in 2016), long before Hilary was tour managing IIOI, Hilary wasn’t just a crew member to me. She was a tour-mate, close friend and, for the years following this phone call, a personal confidante.

I deeply regret anything I may have said (or didn’t say) that allowed Hilary to have felt silenced or dismissed. I had failed to view the circumstances through the lens of an employee/employer relationship and how that must have made her (or anyone else) feel in regards to her work in the music industry — especially in the IIOI touring party — and I am heartbroken. My deepest apologies to Hilary.

I should have asked more questions. I should have given Hilary the opportunity to be fully heard. As a white man, who is afforded every privilege (especially in the music industry), I will never truly understand the weight that people can feel without such privilege. I cannot even begin to attempt to relate. For Hilary to have left any conversation we had about the issue feeling powerless is not forgivable. I have learned immensely from this experience and this is a mistake I will never allow to happen again.

In terms of my delay in public response, unfortunately this situation has had (and will have) an effect on many more people than just those involved. Out of respect to those who I know, who are in no way connected to this incident but are connected to Hilary, Chase and myself, I had been working privately to gather as much information as I could.

Should anyone have any further questions they should always feel encouraged to contact me. I am always willing to open up a dialogue and have a conversation.

Hellogoodbye's Forrest Kline shared a statement with TrackRecord following the story's original publishing. “I was shocked and horrified to hear of the experience Hilary had while touring with us,” Kline writes. “I wish that I had been able to help.”

Read Kline's statement in full below:

I was shocked and horrified to hear of the experience Hilary had while touring with us. What tragically too often transpires behind closed doors is emboldened by power inequities and thrives in the shadows. An open dialog casts a frightening but powerful light that I hope continues to illuminate us further and further.

Hilary had confided in a touring band member the next day but decided to keep it between themselves until last week, when I was informed by Hilary directly. I wish that I had been able to help. It’s upsetting that the flawed gender structures at the time didn’t allow for the allegations to be made public, or to even be brought to my attention. I hope everyone continues sharing these important and alarming stories and that everyone involved in this one can find some relief, closure, and growth.

This news follows a sea of allegations against various musicians, including Brand New’s Jesse Lacey, former With Confidence member Luke Rockets, With Confidence frontman Jayden Seeley, Melanie Martinez and others, along with Artery Recordings announcing that they have decided to drop Slaves from their roster with multiple assault allegations against frontman Jonny Craig surfacing online. Pinegrove also announced that they had canceled their remaining tour dates and “taking some time off” after frontman Evan Stephens Hall was accused of sexual coercion.