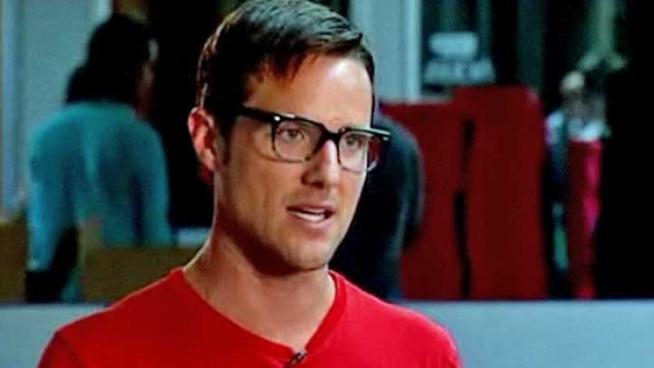 Brown said Russell was acting very strange. Police said they received several calls yesterday at 11:30 a.m. of a man in various stages of undress, running through traffic and screaming. Police described him as 'in his underwear.'

Several people attempted to calm him down and when officers arrived they said he was cooperative.”

According to the report, Russell was transferred to a nearby medical facility after detainment for further evaluation.

We'll keep you updated on this story as more details surface. Russell and Invisible Children are responsible for the Kony 2012 campaign that went viral this month, provoking outcry (linked below) from many for its tactics and message. Some musicians, including ex-The Academy Is… frontman William Beckett, have voiced their support for the campaign.

UPDATE 4:57 p.m. ET: Invisible Children has released a statement on Russell's arrest. Here's what CEO Ben Keesey had to say:

“Jason Russell was unfortunately hospitalized yesterday suffering from exhaustion, dehydration, and malnutrition. He is now receiving medical care and is focused on getting better. The past two weeks have taken a severe emotional toll on all of us, Jason especially, and that toll manifested itself in an unfortunate incident yesterday. Jason’s passion and his work have done so much to help so many, and we are devastated to see him dealing with this personal health issue. We will always love and support Jason, and we ask that you give his entire family privacy during this difficult time.”

UPDATE 5:21 p.m. ET: TMZ is reporting that Russell will not be charged with any crime for last night's incidents, and that he's currently “being hospitalized in a 5150 psychiatric hold so authorities can assess his mental state.”

“2:15 PS PST: Law enforcement sources tell us … there are NO plans to charge Russell with a crime for yesterday's incident.

2:08 PM PST: Law enforcement sources tell us … Russell is being hospitalized on a 5150 psychiatric hold so authorities can assess his mental state. The 5150 hold allows authorities to keep Russell for up to 3 days to determine if he represents a threat to either himself or others.”