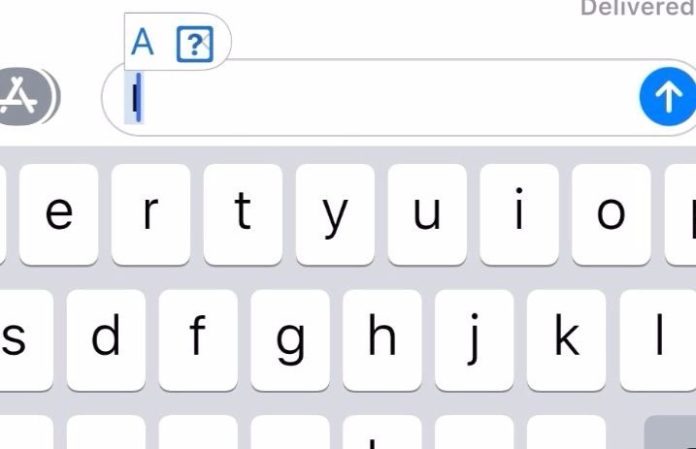 Have you tried typing the letter “I” and having it autocorrect to “A [?]” on the iPhone? We weren’t sure what was up with this, but we do know it’s annoying. And we’ve also realized we aren’t the only ones struggling with it.

Why is my phone autocorrecting the letter I️ to this weird symbol please explain and help me make it stop pic.twitter.com/6YhgOnou48

Read more: Here’s how to bring “I” back to your iPhone—with no more weird symbols

People across social media have been struggling to find a way to fix the problem, and according to MacRumors, there isn’t really a fix to the problem. It’s bizarre because not everyone is affected, and they explain that they “have been unable to replicate the issue on our own devices.”

Does anyone know how to fix this iPhone glitch that changes the letter i into A + this question mark box? (I’ve already updated to iOS 11.1) pic.twitter.com/E6dmudOEFz

I️ wanna understand why the letter “i” keeps coming out as a symbol…. @Apple fix it ��

They believe it could be linked to the emoji keyboard, with the “I” popping up in the frequently used portion of the keyboard. Resetting the keyboard dictionary doesn’t fix the problem either, and they explain that “Apple is aware of the problem and working on a fix.”

The best option MacRumors recommends? Turning off predictive text. Or, going to “Settings > General > Keyboard > Text Replacement” to replace the uppercase “I” with the lowercase “i.”

for everyone that’s phone is replacing the letter “i” with weird characters go into your text replacement settings & add this. It’ll fix it pic.twitter.com/2zXhA9cVb3

We’ll keep you updated with what Apple ends up finding out—and our fingers are crossed it’s fixed ASAP.

(Or maybe Hayley is right…)

It takes me a year to write a text about myself so I️ suppose this is just a lesson in selflessness.

Have you had any trouble with the symbol popping up? Or have you found a fix? Let us know in the comments below!