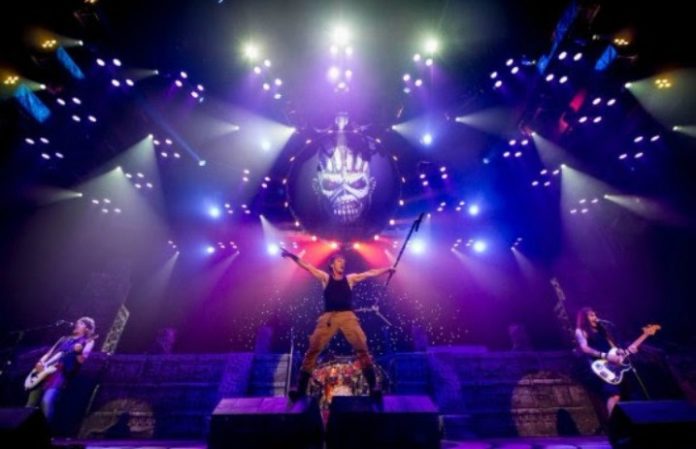 Iron Maiden appear to have settled the legal dispute over their song “Hallowed Be Thy Name,” which arose from the similarities the song shared with the band Beckett's “Life's Shadow.”

As Ultimate Classic Rock explains, Beckett's “Life's Shadow” is credited to both Quinn and Bob Barton. However, Quinn claims Barton made a deal with Iron Maiden who “cut him a fair share,” leading Quinn's lawyer to seek compensation for him.

“Iron Maiden’s management failed to produce any accurate earnings figures for the two songs which contained stolen lyrics and music until both parties had already spent well over half a million pounds on legal costs. Once the lower-than-expected figures had been examined, both parties agreed to settle the claim,” Quinn's lawyer, Barry McKay, Ultimate Classic Rock reports.

“The defendants [Steve Harris and Dave Murray] have paid all of the plaintiffs considerable legal costs as well as their own legal costs and six figure damages.”

However, Iron Maiden are still holding their ground, despite the settlement. “We do not believe that Brian Quinn was the one who wrote these six lines in question over 40 years ago as was claimed by Barry McKay,” the band said in a statement, Ultimate Classic Rock explains.

“However, due to escalating legal fees and the potential huge costs of a court case it was pragmatic to reluctantly settle this action with McKay for £100,000, a fraction of what he brought the action for. A serial litigator like Mr. McKay would have foreseen this.”

Hear the two songs below to decide for yourself.

Iron Maiden's “Hallowed Be Thy Name”