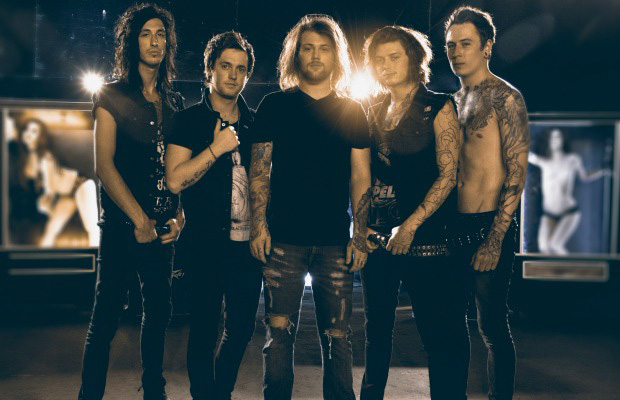 Asking Alexandria have had a crazy past few months with the return of Danny Worsnop, even hinting that they've been back in the studio with him.

In an interview with KFMX in Lubbock, Texas back in November, Asking Alexandria drummer James Cassells appears to confirm that new music with Worsnop is actually coming.

“I think in the coming year, we're really going to get ourselves in the studio and start working on new material. We already have—Ben and me and the guys, we are constantly writing music,” Cassells said.

“But we are actually going to go get in the studio with Danny, go lock ourselves away for a bit and really work on some great new material for people.”

Back in October, Danny Worsnop and Ben Bruce took to social media saying they were going to “maybe play a little music” with From First To Last’s Matt Good. Good later confirmed that a new song was in the works.

Mixing an amazing new asking Alexandria song at the moment featuring the return of Danny, who absolutely crushed the vocals. Damn damn

Check out Worsnop's clip below.

Are you hoping to hear new music from Asking Alexandria? Let us know in the comments below!