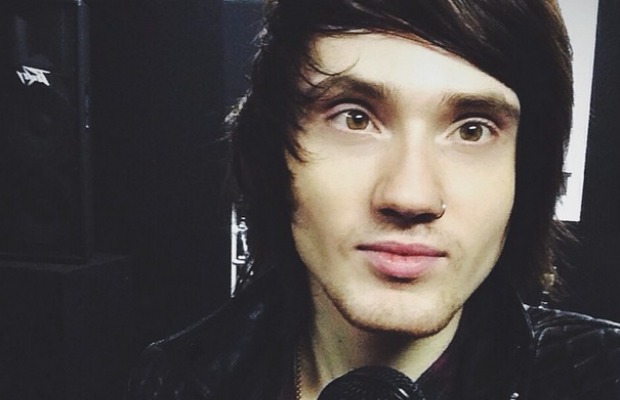 AP has been hearing from multiple sources that Asking Alexandria’s new singer is Denis Shaforostov, formerly of Ukrainian metalcore act Make Me Famous. Rumors that Shaforostov took the job began circulating heavily not long after Danny Worsnop announced his departure from the band this past Thursday.

While we can’t confirm that he is the new singer, our speculation is based on info from trusted sources, and there is some circumstantial evidence that strengthens the theory.

Reasons why he could be the band’s new singer:

1. Asking Alexandria and Make Me Famous had a very similar sound—to the point where it was suggested MMF were ripping off AA. This would make Shaforostov the ideal vocal candidate to replace Worsnop. In their 2012 review of a Make Me Famous' It’s Now Or Never, Under The Gun Review wrote, “They sound so much like Asking Alexandria.”

2. Shaforostov’s new band, Down & Dirty, are labelmates with Asking Alexandria at Sumerian Records. This would make the transition quite easy for the singer.

3. The day before Worsnop announced his departure, Shaforostov posted a very happy, uplifting message to Instagram. “There's such thing as karma and magic in this world,” he said. “The hardest work will always pay off no matter how many of these fucks have ever tried to bring you down on your way. You never know when and how but trust me, your door will open and the future will be yours for the taking—just wait and see.”

There's such thing as karma and magic in this world. The hardest work will always pay off no matter how many of these fucks have ever tried to bring you down on your way. You never know when and how but trust me, your door will open and the future will be yours for the taking – just wait and see �� cheers to that

4. Today on Instagram, the singer said he had his “first solid practice” this year. In the photo below (supposedly from that practice), you can see a Peavey cabinet. (AA are endorsed by Peavey.)

When AP reached out for comment, AA's publicist said she was not aware of who the replacement will be, but there will be an announcement soon. “They did not tell me who it is,” she said.

What do you think? For good measure, here's what Shaforostov sounded like in MMF:

And in his current band, Down & Dirty: