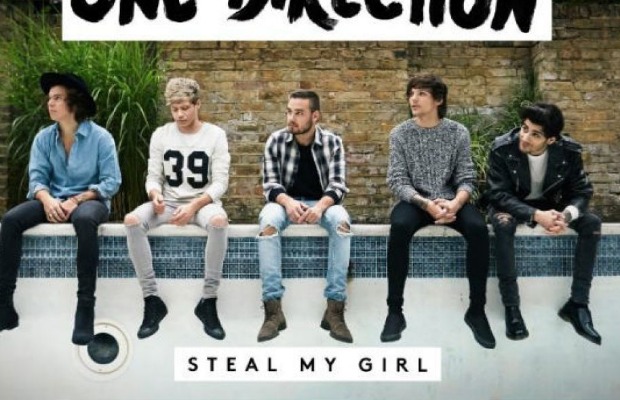 One Direction released a new song today, “Steal My Girl,” and it may or may not sound an awful lot like a New Found Glory song. Specifically, the piano riff in the 1D track is very similar to the piano riff from NFG’s “It’s Not Your Fault.”

Did 1D rip off NFG? Who knows! But Chad Gilbert seems to think so:

Props to the @onedirection “steal my girl” single for reworking the “it's not your fault” piano part into a top 40 single. Let me get a cut

All you One D'z nuts fans.Second period is starting. Get to class and stop tweeting me.It's not their fault so please stop your tweeting now

Guys I'm just sad cause “you don't know you're beautiful” meant so much to me. I just don't want them to grow up. so I'm sorry.

Listen to both songs for yourself, compare, and let us know your thoughts.

Beginning of that new 1D song couldn't sound any more like the beginning of @newfoundglory's “its not your fault” but pic.twitter.com/UFlFjImxrK

“It’s Not Your Fault” is taken from New Found Glory’s 2006 LP, Coming Home. The band are gearing up to release their eighth album, Resurrection, October 7 via Hopeless Records.

UPDATE #2: Someone has now made a mash-up of both songs played at the same time for comparison: