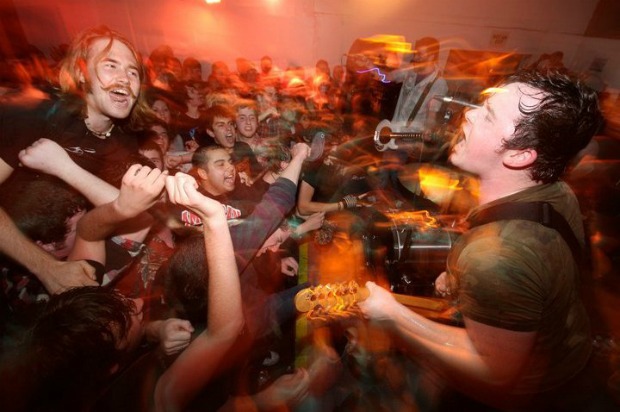 It’s no secret that the beauty and energy involved in live performance is the breath that gives our music scene life. But could YouTube, and its wave of online startup artists, be single handedly closing CBGB-style local venues, traditionally the breeding grounds for new musicians to show off their skills and get noticed? This is the question that a recent article from BBC asks.

Read more: The scene is not f***ing dead

35 percent of small music venues in London have closed since 2007 while online personalities like Justin Bieber and Shawn Mendes have dominated the charts. These musicians, along with other popular counterparts, were discovered on the Internet, specifically YouTube, before establishing a grassroots following through live performance. Many are now signed without significant live experience.

“…what happens to the dingy pubs and sweat-soaked clubs that used to be the lifeblood of the music industry?,” asks the BBC article, emphasizing the deep contrast in these YouTube-made musicians tallying watch counts and those who take their passion to the stage, the pubs and the clubs, hoping a record company exec is in the crowd.

To combat this growing problem in the UK, a new initiative has sprung up, entitled Independent Music Week, which aims to reinstate the value in live music.

Unfortunately, there’s a level of cognitive dissonance—many are saying “save the local venues!,” but they aren’t actually attending the shows. “There's no night on your sofa that's better than a night out at a gig,” says Independent Music Week founder Sybil Bell.

The article features quotes from a variety of people, including successful artists who made their name in these small, 200-capacity venues that are slowly disappearing, like Foals frontman Yannis Philippakis and Ed Sheeran. Sheeran mentions UK’s toilet circuit, a circle of venues so small that musicians change in the toilet—or the venues smell like toilets.

Read more: 8 Haunted Venues That Will Totally Give You The Creeps

There is some semblance of hope: successful bands oftentimes use these smaller venues as test sites for new music. However, can one big gig every once in awhile really sustain these venues?

In Adelaide, Australia, six venues had closed down between the start of 2015 to mid-year during a slump in the city’s nightlife and music scene, according to Vice.

With live music being such a central aspect of our scene, what are your thoughts on this issue? Do you think it’s an issue at all? Or maybe it has different roots than the popularity of YouTube? Notice any venue closures in your area?

Let us know your answers to these questions in the comments.