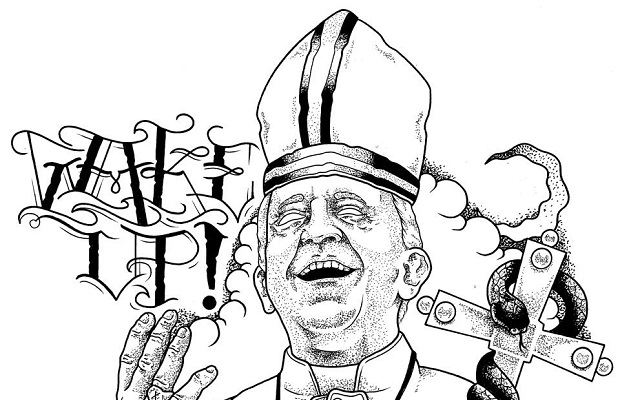 Fresh off a tour with their nu metal brethren in P.O.D., Islander have released a brand new single titled “Wake Up!” Stream it below and check out their upcoming dates supporting Korn's 20th anniversary tour.

“I woke up yesterday morning and saw that the pope was dropping an album called Wake Up! The irony of it is that we recorded a song of our own called “Wake Up!” a month ago. We didn't intend on releasing it today—as we are in the middle of promoting our radio single “Cold Speak,” which is at #29 right now on the charts. But the pope has really left us with no choice,” said frontman Mikey Carvajal to AP.