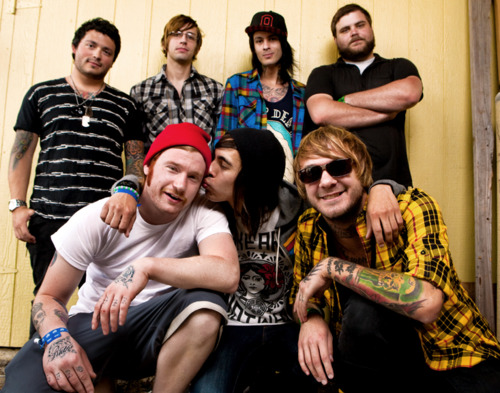 Earlier today, Isles & Glaciers, the super-group originally featuring members of Chiodos, Emarosa, Pierce The Veil and others, sprung into life on their Twitter account, tweeting the message “…is this thing on? We hope you're still still listening, because we have something to share with you soon….”

…is this thing on? We hope you're still still listening, because we have something to share with you soon….

Now, the band have officially announced that they will release The Hearts Of Lonely People (Remixes), on vinyl, CD, and digitally, on November 11 via Equal Vision Records. The effort will feature a completely revamped version of their debut album. Pre-orders for the new release are expected to launch on October 14. In the meantime, you can check out its artwork and track listing below.