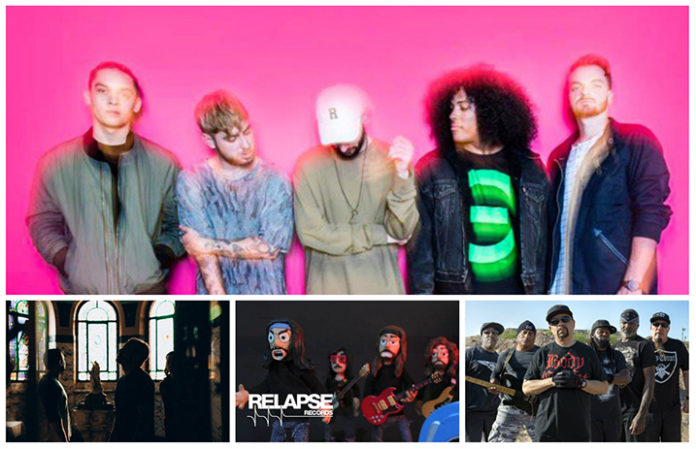 Issues made us move in slow motion with an amazing new video and Alice in Chain’s Jerry Cantrell debuted a new track. Check out the news you might have missed today (Feb. 9) below.

Read more: Equal Vision signs new band and other news you might have missed today

Issues debuted a new video for “Home Soon” and it’s having us see things just a bit slower!

Issues is currently finishing up a tour with Falling in Reverse and Motionless in White. “Home Soon” marks the fifth music video from the band’s second album, Headspace.

Body’s Count upcoming video for “No Lives Matter” might be one of the most anticipated for the year and we just got another preview for it.

We’ll finally get to watch the entire video on Feb. 17. If you missed the first preview, check it out here. Body Count’s Bloodlust will be released on March 31. The group also performed at the 2014 APMAs.

If the claymation style of the video looked familiar, it’s because the video was directed by Johnny McHone. McHone worked on Robot Chicken as an assistant animator for the entire eighth season. Iron Reagan released Crossover Ministry on Feb. 3 and the album can be purchased here.

“It almost felt like an assignment that I gave to myself. It’s not unlike how I normally write from a personal point of view, whether mine or someone else’s,” Cantrell told Billboard when talking about what it’s like to write for a movie. John Wick: Chapter 2 will be hitting theatres tomorrow (Feb. 10).

The Traditional debuted a new track from their highly anticipated EP, The Queen Of Heaven. Check out “She Don’t Know”

Vocalist/bassist Anthony Musior remarked “She Don’t Know is a whirlwind of emotion. It’s about knowing that together you are toxic but apart you’re worse off. It’s about wanting to reach out and let someone know that everything you do is for that someone but the time has passed even if you can’t let go.” You can preorder The Queen of Heaven here. The highly anticipated EP is coming out March 17.

The label announced on their website today that “This year, we’re committing to donating 25 cents for every order placed in the RFC Webstore to a charitable organization.” The label continued to write that they’d be picking a different organization each month. February’s organization is the NAACP Legal Defense Fund. The label is also starting monthly intimate shows held at their office, with all proceeds going to the charity of the artist’s choice. This month’s show will be Christian Holden and Wendy Eisenberg on Feb. 24. Check out more details here.