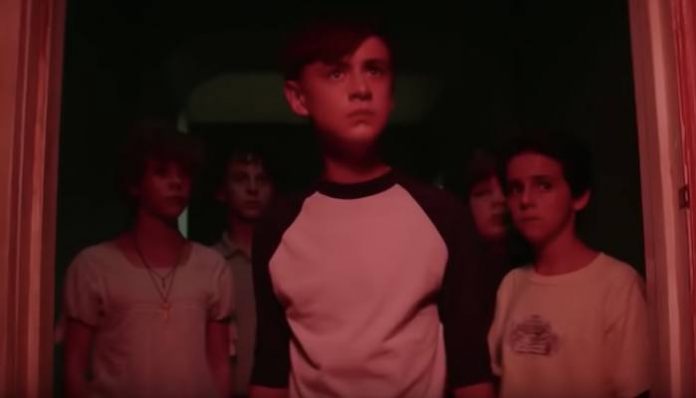 It: Chapter Two is a little more than two months away from release, and the anticipation is high. The film debuted its first teaser in May, but details have been rather scarce.

Screenwriter Gary Dauberman worked on adapting the Stephen King novel into Chapter One and Chapter Two, and he spilled some more information on what fans can expect—including an already much-talked-about scene.

Dauberman has also worked on many of The Conjuring universe’s titles, including latest installment and his directorial debut, Annabelle Comes Home. He opened up to the Hollywood Reporter about everything horror.

The screenwriter revealed he has seen a final cut of the upcoming It: Chapter Two, revealing a spoiler-free confirmation of how well it turned out.

“I’m very, very happy and I’m very, very proud,” he says. “I don’t know if you can hear the joy in my voice as I try not to answer this question, but I’m very excited for everyone to see it. As a very, very anxious person, I have no anxiety about that movie whatsoever.”

“In the movie, there’s a scene — Someone said on set that it’s the most blood that’s ever been in a horror film. In a scene,” Chastain says. “The next day, I was pulling blood out of my eyeballs — like, fake blood.”

THR questioned Dauberman about the rumored epic amounts of blood, asking if it was a script-level decision or something director Andy Muschietti incorporated later.

“I think that’s Andy pushing it to the brink; he has a great relationship with Chastain. But, yeah, that’s definitely Andy. I know the particular scene you’re talking about, and there’s no way to do it without a ton of blood. Knowing Andy, he always takes things and multiplies them, which is what you want out of your director. It’s pretty incredible.”

Marsh doesn’t have much luck with getting soaked in blood as a young version portrayed by Sophia Lillis experienced a similar gory fate in It: Chapter One (as seen below).

In the first installment, Marsh heads to her bathroom to reflect on a poem she received before hearing the sink gurgle. Eventually, she gets trapped in a hair-like net and blasted in the face with blood that soaks the entire bathroom.

While a stunt double took the baseball-like whack to the face, Lillis opened up on to EW on it being her favorite scene (“It’s just something that I don’t think anyone has ever experienced before. I’m never going to forget that.”) and the process in dealing with the aftermath.

“They poured this weird substance all over my body and it tasted really sweet. It was gross [and] got into my eyes and mouth. It was a really strange experience. I had to scream that entire time while trying to back over to the wall but sometimes that didn’t even work out because it was so slippery. I fell while sitting down, which I don’t know how that’s even physically possible. [Laughs] It took me two tries just to get to the wall because it was so slippery.”

Dauberman isn’t the only one who has seen the finish cut of the film and its buckets of gore. King revealed he saw the upcoming film just ahead of its trailer debut.

“Looking forward to IT CHAPTER 2? You should be. I’ve seen it, and it’s terrific. The trailer is coming Thursday, at noon. You’ll float,” his tweet reads.

Looking forward to IT CHAPTER 2? You should be. I've seen it, and it's terrific. The trailer is coming Thursday, at noon. You'll float.

“I can’t explain to you the relief I feel when he signs off on something or likes the work you’ve done. That’s the first person I’m trying to please when I’m adapting these things. It is an enormous amount of relief. I know I’m never going to be able to please everybody, so I just hope that he’s pleased. It really is a huge relief, and everything else for me is a bonus.”

Read more: See the adult version of the Loser’s Club in new ‘It: Chapter Two’ photo

Dauberman will also be adapting another King title, Salem’s Lot, sharing that his approach to this will be similar to that of It.

“I like to be as true to the story as I possibly can until it gets a little too unwieldy for a movie,” Dauberman tells The Hollywood Reporter. “I’m very, very excited to be a part of [Salem’s Lot] and tackle it. It hasn’t had the big screen treatment yet, which is how I felt about It. It’s so fun to play around with vampires and make something truly scary with vampires.”

It: Chapter Two, what we know so far:

Additionally, It: Chapter Two will see the adults of the Loser’s Club tackling the strange ritual that involves the group biting each other’s tongues and laughing. Writer Gary Dauberman spilled the beans to CinemaBlend, saying:

“The Ritual of Chüd is challenging. But it’s such an important component to the book that we had to address it.” Dauberman credits the creative bond between production members in overcoming the “difficult to balance” passage.

It: Chapter Two hits theaters Sept. 6. Check out the first teaser below.