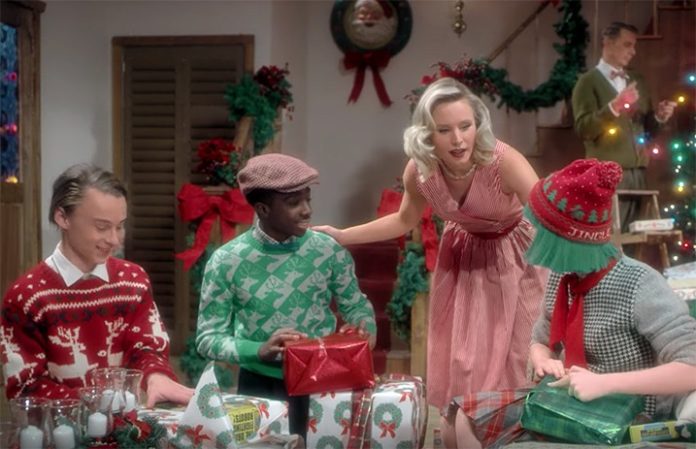 There's no denying that the Stranger Things kids are talented at literally everything they do. Fellow actors Finn Wolfhard and Noah Schnapp have starred in music videos—PUP and Panic! At The Disco, respectively—and now another cast member is making waves in music videos. This time around, it's with Sia.

Caleb McLaughlin, AKA Lucas in Stranger Things, and Sophia Lillis and Wyatt Oleff, AKA two of the “Losers Club” members in It, get in the holiday spirit and dance alongside Kristen Bell, Dax Shepard and more in the video for Sia’s newest song, “Santa’s Coming For Us.”

Warning: The video will make you want to break out a holiday jumper. Give the video a watch below!

We love seeing these actors in the music world, too. Child protagonist Mike Wheeler, played by actor Finn Wolfhard, appears in the music video for “Guilt Trip.”

Plus, Wolfhard recently joined SWMRS onstage for an epic performance earlier this year, and Noah Schnapp joined Panic! At The Disco onstage back in March for “LA Devotee,” which he happened to star in the music video for as well.