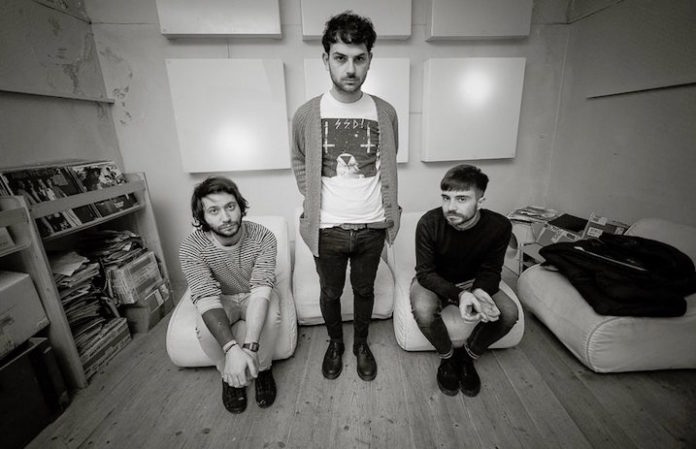 While making a trip to the US to perform at SXSW and KEXP, Italian band Soviet Soviet were detained and interrogated in Seattle and ultimately not allowed access into the United States.

The band said in a statement: “After almost 4 hours of questions they told us their verdict. They had decided to deport us back to Italy and deny us entry into the United States. They declared us illegal immigrants even if our intention was by no means to look for work in the United States nor never go back to Italy.”

The band posted the full statement about the events that occurred on their Facebook page. It reads:

We arrived in Seattle on the afternoon of March 8.
We made our way to passport control with our ESTA, a letter from our American label (in which the label owner declared we would be performing a series of concerts for promotional purposes only and that we would in no way be receiving any form of payment for those shows) and a written invitation on the part of SxSw in hand. The first of us to get through passport control was Ale (our drummer), who disclosed the promotional purposes of our trip to the police officer.
Ale (our guitarist) and Andrea who both explained the exact same thing were held up and escorted to another office. Subsequently, we were all called back and interrogated individually, in three different rooms. We were able to have the agents speak directly to the owner of our American label without any success, however. After almost 4 hours of questions they told us their verdict. They had decided to deport us back to Italy and deny us entry into the United States. They declared us illegal immigrants even if our intention was by no means to look for work in the United States nor never go back to Italy.
We accepted this decision as it seemed final at that point. They took our digital fingerprints and took mugshots of us for their file. They confiscated our cell phones and we were denied the possibility of contacting our families and loved ones. Around 10:30pm, two prison officers frisked us, handcuffed us and brought us to jail in a police car. We spent the night in jail and had been escorted there as though we were three criminals. The following day, after having completed all jail-related procedures (mugshots, declaration of good health and signatures), two other agents came to get us. We were searched, handcuffed and again escorted in a police car.
They took us to the customs office we were in the previous day and we waited for our return flight which was scheduled for around 1:00pm local time. Only a short while prior to taking off were we able to get back our cell phones and bags and we were escorted right up to the airplane. We were relieved to fly back home and distance ourselves from that violent, stressful and humiliating situation. We left Italy headed towards the US with all necessary documents, passports and various declarations in which we clearly explained the purpose of our tour, confirming it is was strictly promotional and that we were in no way going to earn money from it or receive any form of payment. We knew that if we were to receive any compensation we would have had to apply for work visas. This was not the case and the people we spoke to for information told us we would be fine. We had not agreed on any payment whatsoever and the scheduled showcase performance at KEXP was most certainly not a paid performance. The point is that the control agents who did a quick check on the concerts we informed them of noticed that two of the venues were asking for entry fees and this was enough to convince them that we needed work visas instead of an ESTA.
We accepted this situation even if we tried to no end to explain the situation and that we were not receiving any form of payment, but there was simply no way of convincing the officials we spoke to. From that moment onwards, we became three illegal immigrants and were treated like criminals.
This is what happened this past Wednesday and Thursday. We would like to thank the people who supported and helped us throughout this ordeal, including Alessio Antoci, Owen Murphy and John Richards.
We would like to apologize to our fans, the owners of the venues, KEXP radio and the SxSw festival.
We would also like to apologize for having had to cancel our American tour and hope to go back soon.
Soviet Soviet.”