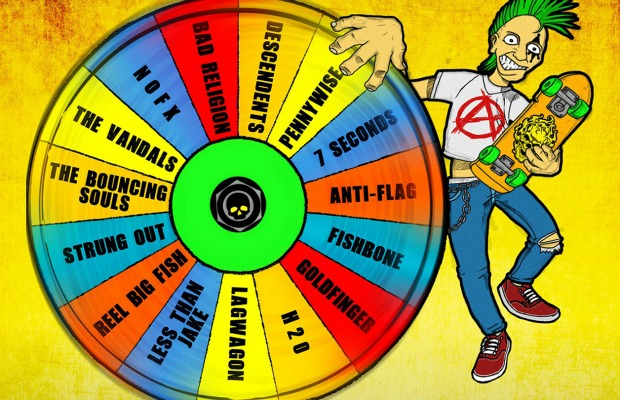 Are you an old school punk fan that's looked at Warped Tour lineups in the past and thought that it just wasn't you? Well then, the It’s Not Dead 2 festival is exactly what you've been waiting for.

Check out all the bands going below!

Kevin Lyman, the brains behind Warped Tour and Taste Of Chaos, teased the revival of the ska and punk festival on Twitter a month ago and we couldn't be more excited that it's back.

I think it is time to rollout “ITS NOT DEAD 2,” hold August 26th on your calendar. Will take a couple of weeks to finish line-up.

The ska and punk festival that focuses on classic bands is held at the San Manuel Amphitheater in San Bernardino, California and has featured bands such as Less Than Jake, Pennywise, NOFX and more.

Two more legends can be added to that list now as it's been revealed that Rancid and the Dropkick Murphys will be headlining the legendary festival.

“Ever since the first It’s Not Dead people have told me how much fun they had. So when Rancid and The Dropkick Murphys reached out, I said, Let's do it again!” Lyman said and we're totally on-board for this being a yearly tradition.

Along with amazing music, the festival will feature the pop-up art exhibition 'Art's Not Dead' and the 'Punks Well Read' book signing and literary area. Both of those will be curated by Lisa Johnson, who might be the greatest punk rock photographer to ever grace the scene.

Are you as excited as we are?! Who are you most excited to see?! Let us know in the comments and check out the complete lineup below!