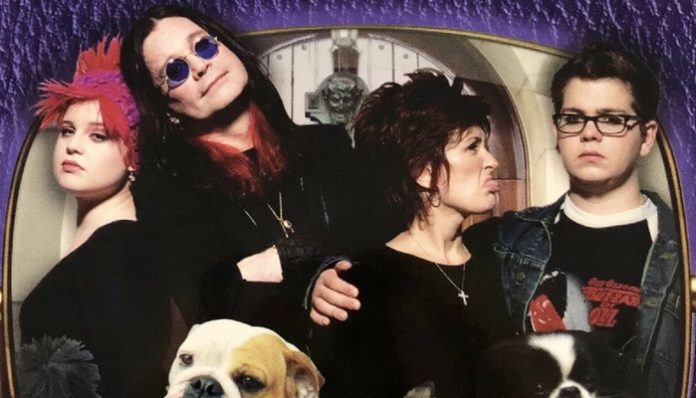 While people have been requesting a new season of The Osbournes for years, and Jack Osbourne is discussing rumours of a return for the show once again.

In an interview with Variety, he says questions of a reboot of the series have been cropping up more lately and he seems open to do it.

Jack Osbourne spoke with Variety about the plans that were set for the SXSW premiere of Ozzy Osbourne‘s documentary which was cancelled as the entire festival was called off over the coronavirus.

“We had a children’s choir that was going to sing ‘Crazy Train,’” Jack says of their plans. “I’m so heartbroken that we couldn’t do it.”

The documentary is set to launch on A&E this summer and is detailing Ozzy’s battles with addictions, run-ins with the law and marital issues with Sharon Osbourne. In Jack’s interview, he discusses his involvement in the documentary, what he’s up to during the pandemic and more. Notably, he’s talking about how he would see a return of The Osbournes.

When asked if he’s thought about a reboot, Jack responds with some hopeful words.

“I would be lying to say the conversations haven’t been coming up recently. I think nostalgia is such a huge, hot-button word right now. You look at all these shows coming back from 20 years ago. The only thing, and what I struggle with, is we don’t all live together. One thought I’ve had is, why don’t we all just move in together for two months? It’s 20 years later; we’re all moving back into the house together.”

He was then asked when this supposed move is set to happen and says “I guess when someone pays me a hell of a lot … because the amount of therapy I’m going to have to buy into after that is going to be monstrous.”

Last year, Kelly Osbourne revealed during an interview with People TV that they’re constantly receiving offers for a return but a recent one had been the “closest we’ve ever come to accepting one.”

The show ran for four seasons on MTV from 2002 to 2005. They also did a podcast was launched in 2018 though with weekly episodes. Speaking on their most recent offer at the time, Kelly says she’s unsure if it will happen.

Would you be excited to see The Osbournes back on TV? Let us know your thoughts in the comments below.