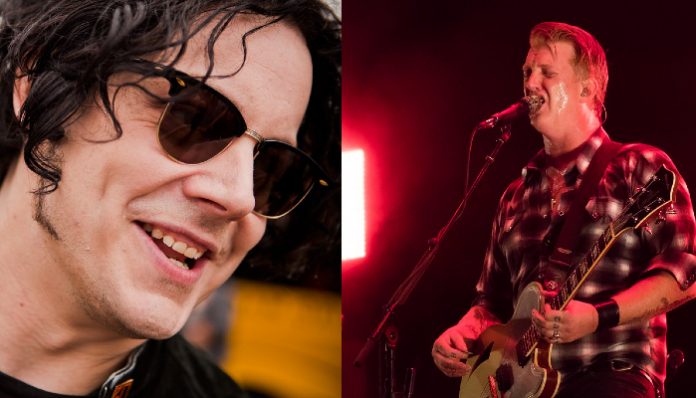 Jack White and Queens of the Stone Age frontman Josh Homme have a lengthy history together, but the pair recently reunited for an amazing chat.

Homme was alluding to an incident where White banned cell phones from his concerts. White took the opportunity to denounce the media’s obsession with his views on technology by spinning his words.

“What I don’t like is the generalization of different cultures. If you generalize everything about them usually that’s considered a politically incorrect thing to do. If someone says how do you record your album Jack I say I record it on tape. Ok I got my headline Jack White hates all technology. Got it. That’s not what I said. You’re just asking what I prefer, but then it becomes – now I’m defending what I’m actually doing in real life and I shouldn’t have to do that,” says White.

Later in their chat, White and Homme chat about who would win in a fight between the two of them. They hilariously go back and forth suggesting the other would win before finally settling on wanting to fight people who ask the question.

You can hear that clip in the player below. If you want to hear the entire chat, make sure to check it out here.

What do you think of the extensive chat between White and Homme? Let us know in the comments below.