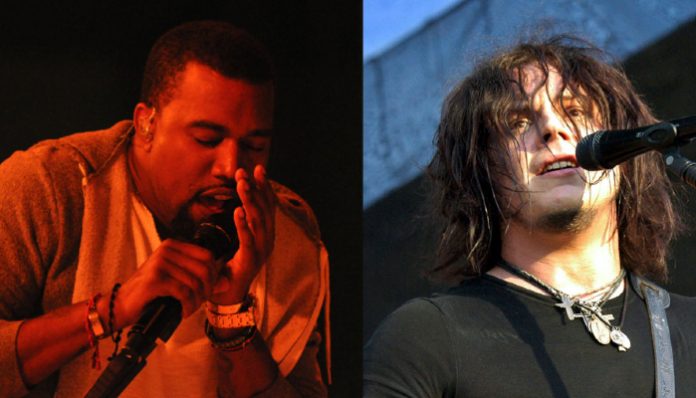 Kanye West took over the internet last week when he dropped his album JESUS IS KING and Jack White‘s record label Third Man have discovered an Easter egg on the cover.

The label’s archivist Ben Blackwell found out the mystery serial number on the cover, “AR 1331 A”, refers to a 1970s Detroit gospel recording.

Fans are speculating as to what the serial number means ever since the cover revealing but none have solved it until today. Leave it to the vinyl aficionados working with Jack White to figure it out.

The serial number is the same one the serial number from a 1970s Detroit gospel recording by Rubye Shelton and Sister Orr. Blackwell discovered that “AR 1331 A” is the pressing plant code from Archer Records.

The single comes from Cleveland-based Apostolic church the Original Glorious Church of God in Christ. It’s a 7-inch record with two songs on each side of the vinyl.

In case you’ve forgotten in the midst of all of the Kanye madness, the rapper debuted his new record in Detroit which explains the obscure reference.

“I knew the past decade spent in the deepest, loneliest recesses of Archer Record Pressing nerd-dom would eventually lead me to the biggest recording artist in the world. But enough about Jack White … who is this Kanye guy?” Blackwell told Pitchfork.

What do you think of the Kanye West Easter egg on the cover of his new album? Let us know your thoughts in the comments below.